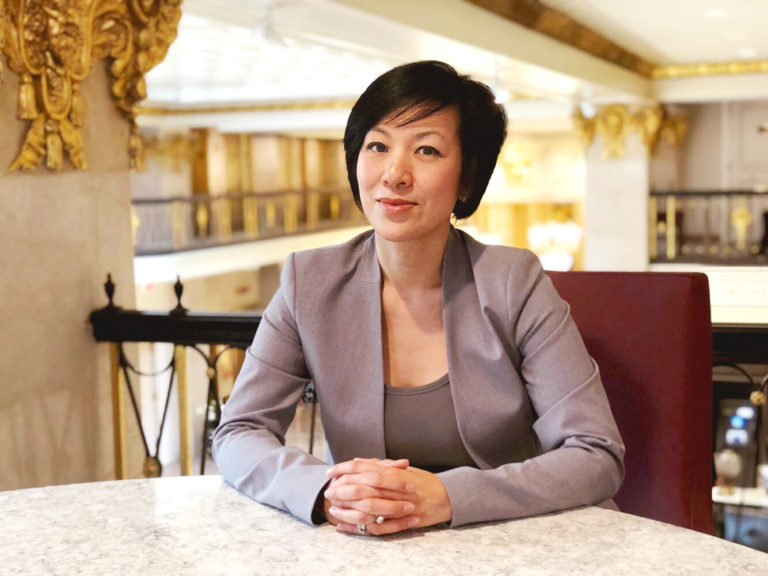 May is Asian American and Pacific Islander (AAPI) Heritage Month. In honor, NDTC would like to spotlight the President and CEO of Asian Pacific American Institute for Congressional Studies, Madalene Mielke.

Madalene began her professional career working at the Democratic National Committee (DNC) in the Training Division of the Political Department. She has spent more than 20 years working to bring diversity to the political process and nurturing candidates and staff as they move forward in bringing political change. When Madalene is not busy changing the world of politics, she is testing her skills in the kitchen and searching for the next perfect wave. You can follow Madalene Mielke on Instagram and Twitter @madalenemielke.

Anthony Robinson, NDTC Political Director, talked with Madalene about her political beginnings and the future of Asian Pacific Americans in politics.

Look Back to Understand The Present

What is the importance of Asian American Pacific Islander Heritage Month?

Asian Pacific American Heritage Month (APAHM) is important because it’s a time to celebrate the achievements and accomplishments of the Asian American Pacific Islander (AAPI) community.

It’s also a time to highlight areas where we can combat stereotypes and tired, overused tropes of a community that is the fastest-growing ethnic or racial group in the U.S. electorate.

How did you get involved in politics?

Having been born in Vietnam to a Vietnamese mother & a German American father during the Vietnam War, my family was one of the last American families to leave Vietnam in 1976. While I was growing up, there was a lot of dinner table discussion about politics and current affairs.

As I got older, I went to a science & tech magnet high school and was elected student body president at 16. In college, I was elected as student body vice-president at Tulane. As a result, student government helped me better understand how to exhibit leadership & work with a variety of people from different backgrounds.

While a college student, I became eligible to vote, and I volunteered on the Clinton/Gore ’92 campaign doing advance. At the same time, I also interned on the Hill for Congressman Steny Hoyer. These experiences opened my eyes to the realities of how elections have consequences.

Who in politics AAPI community inspired you and why?

Former Rep. Patsy Mink because she was the first woman of color to be elected to the U.S. House of Representatives. She was also co-author of Title IX, later renamed the Patsy T. Mink Equal Opportunity in Education Act. She wasn’t afraid to lead by her convictions, and she blazed a path forward for so many women.

Former Secretary Norman Y. Mineta because he co-founded the organization where I work today. He was the first Japanese American to lead a major U.S. city as Mayor, and I was fortunate to have him as a client when I was a political consultant. He’s worked in the highest levels of government in both Democratic and Republican administrations, demonstrating that his experience while being incarcerated in an internment camp was to not repeat history after the attacks of 9/11.

The Future for Asian American Pacific Islanders in Politics

How can campaigns strive to be more inclusive to the AAPI community?

As with any constituency, campaigns need to do the homework of understanding a community’s priorities and communicating how candidates have shared values. No one appreciates tokenism.

The AAPI constituency is not a monolith, and the best that a campaign can do is take the time to data disaggregate what ethnic groups are in their districts. Recognizing and learning about the community as it grows will only serve to a campaign’s benefit. Providing accessible language materials to voters so that they can choose how to read about your campaigns is also invaluable.

Understanding how the community consumes information, whether it be in ethnic press or in language radio or chat rooms, campaigns need to make an effort to show that they are willing to go where the constituency goes to get information. Equally important is having an AAPI serve on the campaign in a senior role, not necessarily in an outreach position, to demonstrate that staff diversity & representation truly reflect the district.

What advice would you give to the AAPI community interested in pursuing a career in politics?

Find candidates that align with your values and volunteer for their campaigns. Staying employed as a paid operative means learning a skill, so participate in trainings, learn the industry, network with seasoned professionals, and find a mentor.

During the COVID-19 crisis, what are you telling those interested in engaging in politics?

Learn how you can pivot to a digital environment. If you work with a community that needs language accessible materials or is not digitally native, ask how you can translate literature or write a guide so that you can assist those who may have more technical challenges. Join a digital house party/fundraiser so that you can meet more people and bring more of the AAPI community to the table.

How is the current crisis affecting the AAPI community?

There has been an increased uptick of xenophobia and anti-Asian rhetoric, which has resulted in physical & verbal attacks against the AAPI community. There has been a long history of the AAPI community seen as being a perpetual foreigner and a “model minority.” The current public health crisis has only fueled longstanding prejudices that attempt to pit AAPIs and other communities of color against one another.

Want to Be Part of the Change in Your Community?

NDTC offers free courses to support candidates, campaign staffers, and local leaders with their campaigns. Not sure where to start? Take this quiz to determine where to begin!