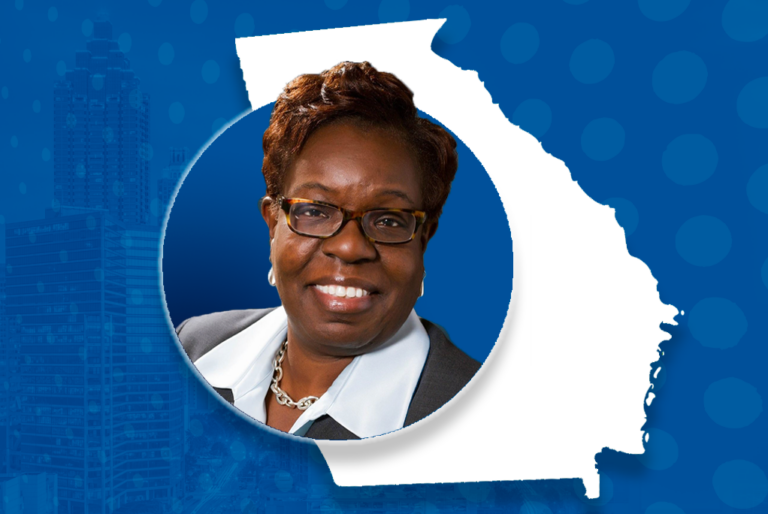 Building long-term Democratic power in historically red states is a challenge. And in Georgia, maintaining Democratic progress from prior elections is a constant challenge. In anticipation of the midterms in November, we reached out to one of the leaders who is helping build Democratic infrastructure and secured critical victories in Georgia elections in 2021. Representative Regina Lewis-Ward represents Georgia House District 115, is a Stacey Abrams Fair Fight Action Senior Fellow, past chairwoman of the Henry County Democratic Committee, AND an NDTC learner. She is an amazing example of how dedicated and consistent work can build the crucial infrastructure needed to turn a community blue (spoiler alert: during her chairwomanship of the Henry County Democratic Committee, she helped flip two mayoral seats blue, among other wins for Democrats county wide).

With future elections in mind, we were eager to learn more about Rep. Lewis-Ward’s journey to office and her work to help her community today and support a better future for the residents of Henry County for decades to come.

Representative Lewis-Ward began by discussing her entry into local leadership.

About a year after I moved to Georgia,I joined the Clayton Leadership Program. They taught us about community stewardship. One day was “nonprofit day,” where all the nonprofits came in. They spoke on their missions and challenged us to join a nonprofit that we would not normally join. That was their way of stretching us into communities that we were not comfortable with.

I volunteered with the nonprofit Feed My People, a food bank. They would have people come in and enroll in their program to get food, and also shop twice a year at their thrift shop. They also had emergency days, where if you were being released, let’s say from the county jail, you could come over and get whatever resources you needed on an emergency basis.

There were so many things that were being swept under the radar that the current representative was not talking about, and not listening to. It was that work that really inspired me to get involved. Shortly after that, I joined the Stockbridge City Council.

After joining her city council, Rep. Lewis-Ward ran for state office in 2018. Her energy and commitment to community-building did not waiver, even after losing her election by less than 900 votes. Reflecting on her 2018 run, Lewis-Ward simply said “That told me that the community wanted to change, so I ran again in 2020, and here I am.”

Change doesn’t happen overnight. At NDTC, we know that it takes patience and years of building local infrastructure to sustain long-term change. So, we asked Rep. Lewis-Ward about the ways she’s personally seen her district change over the decades.  Her answer illustrates the importance of down-ballot races when  building blue in local communities.

“Back in 2004, Henry County was the fastest growing county in Georgia. People were moving here from Chicago, California, New York, Florida—a lot of different places. They were bringing different mindsets and different needs and wants here into the county. As a result, I’ve seen our first African American County Commission Chair, Carlotta Harrell. She’s now the person who leads the county. 12 years ago, we couldn’t have even thought that that could happen. So, there is a demographic shift. There is a population growth. And Henry County now is a majority-minority county. We are building an infrastructure within the Democratic Party to sustain this type of leadership.”

And after winning her 2020 election, Lewis-Ward succeeded in building a network of local leaders by helping her fellow Democrats win mayoral races the following year.

The conversation eventually circled back to Rep. Lewis-Ward’s past as an NDTC learner. Our curriculum is designed from the ground-up to empower people like her who turn passion into action. These individuals see much needed change in their community, and they are willing to put in hard work and long hours to make it happen. Elaborating on what made our trainings unique, Lewis-Ward spoke about the valuable interpersonal relationships she built with our trainers.

The trainings provide two things: They provide the knowledge for you to run for office, and they also provide a network of resources for you to connect with. When you just don’t know which way to go, you can reach out to your network.

I remember going and sitting in the classroom, and just writing down the instructors’ information, their names and their addresses. All your instructors are fantastic, because they give you how to contact them after the course. It’s not like you just go through the course, and they say what they have to say, and then they leave. They actually want to stay in touch with you. And that’s how I met someone on my team. I went to a training class, and she gave me her information. And a couple of years later, I reached out to her. She remembered me, and after we had a conversation we ended up working together. So the training is very, very important. I suggest that everyone take advantage of all the training that is available.”

The Power of Listening

One final insight Rep. Lewis-Ward had for us was the often-overlooked power of listening on the campaign trail. It can be easy to get hung up on talking points, stump speeches, and rallying cries while campaigning for office. However, listening to a voter share their lived experience with you is perhaps the most valuable way you can build trust in your district. This is a little more nuanced than simply paying attention, as Lewis-Ward pointed out:

Sometimes it’s not just the words that are coming out of their mouth. Just hear them. You can hear them from their hearts as well as from their lips. But sometimes people don’t really articulate what’s really going on or they’re not sure what’s really going on. They just know that they’re struggling, and they don’t know how to get out of that struggle. So I would just say listen.

How to Change Your Community 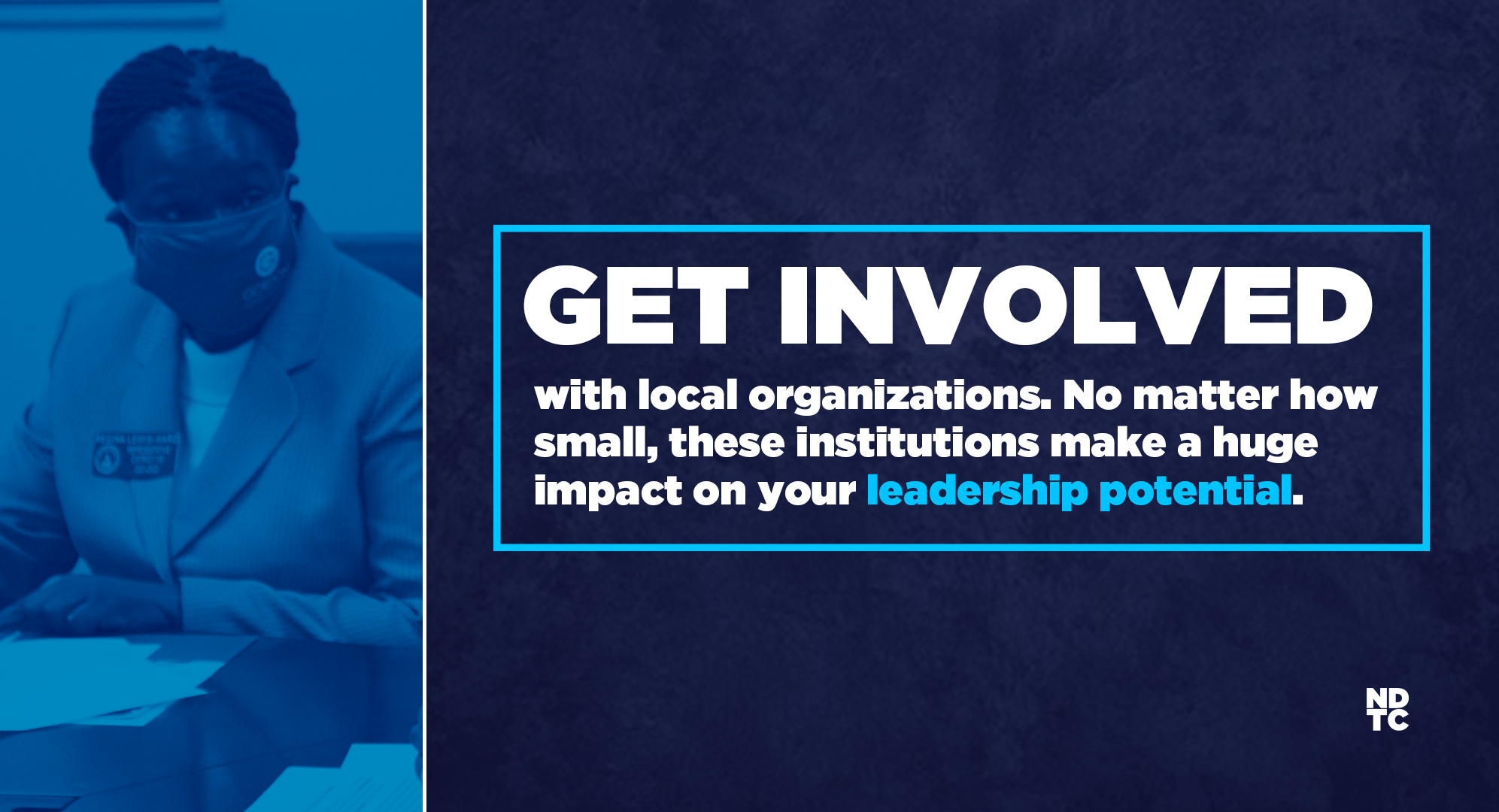 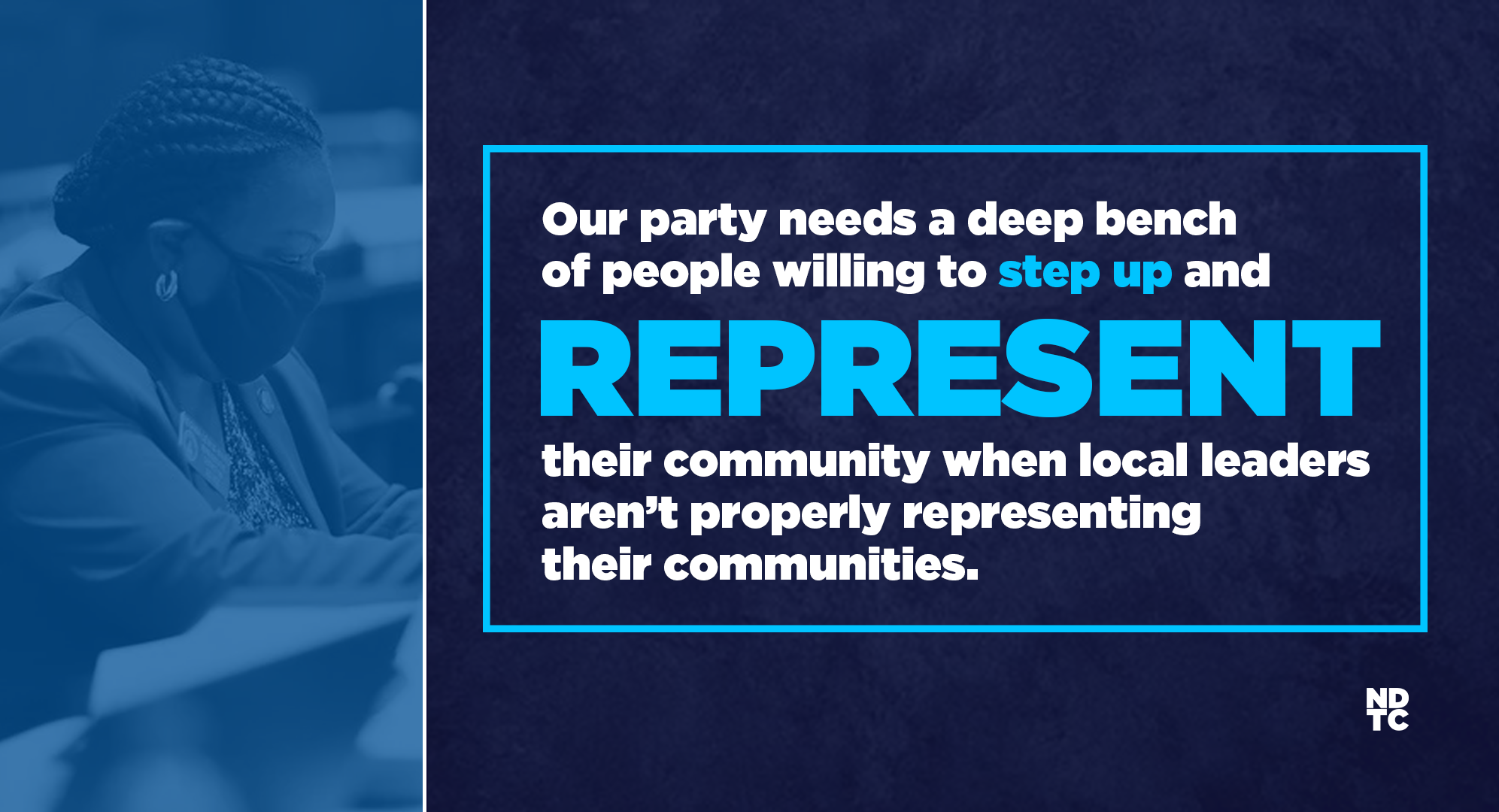 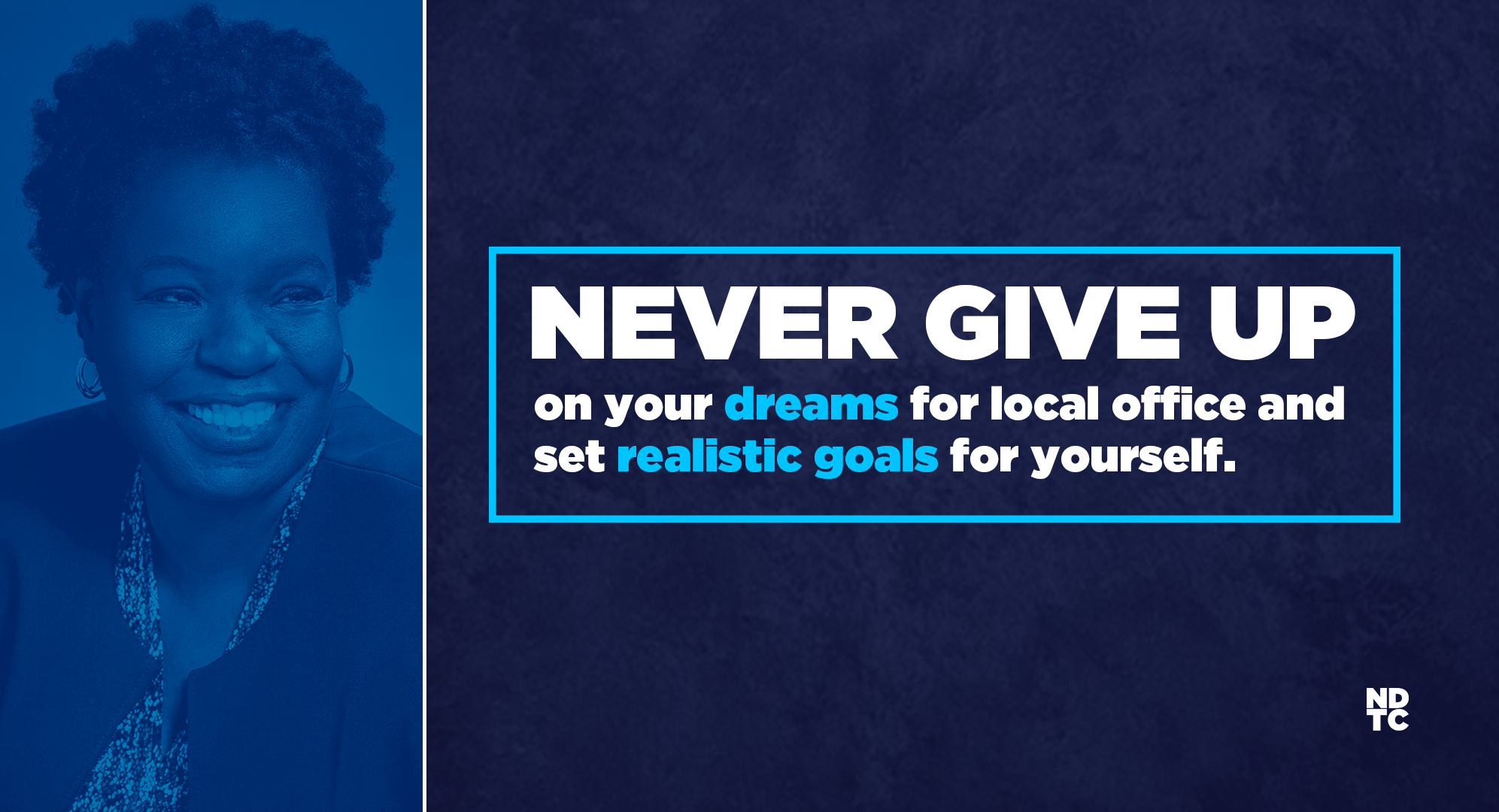 Want to push forward a collective change in your community? Here are some key tips based on Rep. Lewis-Ward’s success.

Are you fired up, and ready to be the change you want to see in your community? The time to act is now. Start preparing for your run for office with our courses that guide you through the ins and outs of getting your first campaign off the ground, as well as tips for figuring out whether running for office is for you. 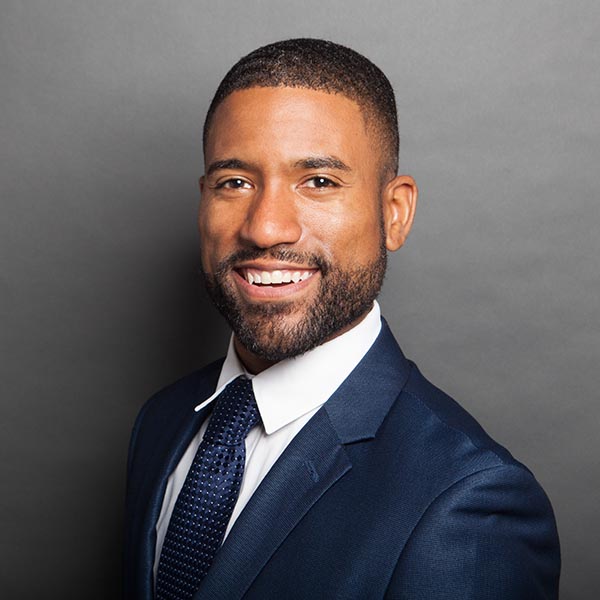 Dale spent twelve years in the cultural service sector working for nonprofits across the country to build community and usher in new eras of organizational growth and change. He thrives in designing patron experiences and strategic communications. Upon graduating from NDTC’s inaugural Staff Academy Cohort in 2019, Dale went on to work in advance operations for Pete for America in the 2020 Presidential Election Cycle. His passion lies in storytelling and providing access and opportunity for historically oppressed and marginalized communities. Born and raised on the eastside of Detroit, Dale holds an MFA in Management from Wayne State University, is an Americorps service alumni, and an avid runner.