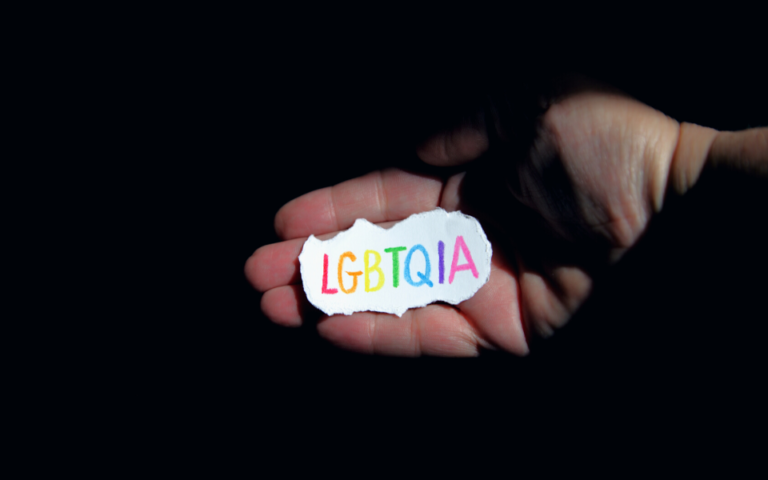 In the age of COVID-19, campaigns can’t hold in-person events, or even canvas. The only fundraising campaigns can do is digital/nonphysical outreach.

Whether through virtual events, email outreach, social media posts, texts, or even phone calls, without meeting in person, campaigns only know so much about the people being asked to donate. For this reason, it’s crucial that campaigns practice all manners of nonassuming, inclusive outreach to avoid the harm that may come to their supporters via misgendering, inadvertent bigotry, ignorance, and lack of awareness.

Imagine that someone receives a fundraising email from their favorite presidential candidate. But in the email greeting, the campaign addresses their supporter as “Mr.” instead of “Mrs.” and calls them by the wrong name!

For some, this would just be an experience of secondhand embarrassment for the campaign’s snafu. For others, however, this experience could be emotionally damaging and hurtful. In almost all cases, this issue would probably prevent a donation or ongoing support.

In all aspects of outreach, campaigns need to ensure they make their potential donors and supporters feel safe, welcomed, and supported.

When it comes to communicating with donors through distant means such as phone calls, emails, or virtual events, it’s important that your campaign embraces diversity and inclusion practices that make every potential donor feel comfortable when they are speaking to a representative of your campaign.

Names don’t tell us much about a person. We have no idea what they look like, what their interests are, or what demographic groups they fall into. And we don’t know unless we’re told directly. It is important for campaigns to be mindful of this when doing outreach to supporters. Address all supporters equally, using nonassuming, inclusive language.

In doing this, campaigns will be living their values of inclusivity by showing respect to all forms of their supporters’ gender identities and gender expressions.

Gender is a binary social construct (an idea or theory that contains various conceptual elements; typically considered to be subjective and not based on empirical evidence) that attributes qualities and characteristics to people along a spectrum of maleness and femaleness.

Gender identity refers to how individuals perceive themselves in relation to this spectrum.

Someone may be assigned male at birth, but in actuality more closely identify as female.

Someone else may be assigned female at birth, but does not align with any gender as a nonbinary person.

As many different identities fall under the nonbinary umbrella, individuals can identify with the term that resonates with them the most. Additional information on nonbinary, genderqueer, and gender nonconforming identities can be found here.

Gender expression, per the Human Rights Campaign, is the external appearance of one’s gender identity, usually expressed through behavior, clothing, haircut or voice, and which may or may not conform to socially defined behaviors and characteristics typically associated with being either masculine or feminine. For more information on this, please refer to Trans Student Educational Resources.

Your goal on any campaign is to make your supporters feel like you are listening to them empathetically and working to understand their lived experiences, because as their elected representative, you’ll want to promise—and show—that inclusion and diversity is of paramount importance to you.

As such, you should make an effort to ensure that every element of your campaign is inclusive. When volunteers and staff conduct any fundraising outreach, be it through calls, emails, or physical mail, they should not make any assumptions about gender identity when speaking to a donor.

For transgender and gender-noncomforming people, for example, hearing incorrect honorifics like “Mr.”, “Mrs.”, or “Mx.” when it doesn’t represent them can be incredibly harmful.

A 2014 Self and Identity study found that 32.8 percent of trans people “reported feeling very stigmatized when misgendered,” and “those who were misgendered more frequently … experienced lower self-esteem around their appearance.” Additionally, “They also had a reduced sense of strength and continuity in their identity.”

It goes without saying that if someone on your campaign misgenders someone and then tries to ask for money, you can cross that donor off your list for good!

Consider using language that avoids assumption. Instead of having volunteers and staff referring to contacts as “Ms. Hale,” for example, have them use the donor’s first name! This way you don’t get into the weeds of potentially misgendering them, and additionally, it makes your approach to the call a little warmer.

However, even first names may be out of date for some folks, who may go by another name but haven’t yet been able to change their legal documentation yet. When this happens, campaign representatives should apologize immediately and let the donor know that their contact information will be updated. This gesture can go a long way in proving your campaign’s dedication to inclusivity for your constituents!

Training Staff and Volunteers on Inclusivity

Your campaign may already have materials on diversity and inclusion, and if so—great! If you don’t, or if you want additional resources, NDTC’s Management and Leadership curriculum focuses heavily on creating inclusive, accountable campaign spaces. 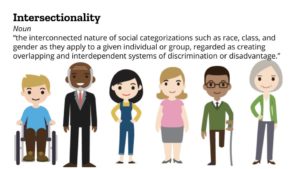 Ensuring you run an intersectional, inclusive campaign is a process of continued growth and learning. Consider creating weekly Zoom sessions where a team member shares their screen, and everyone engages in the material together.

Maximizing Your Volunteer Capacity
Creating a Positive Team Culture
Story of Self: Crafting and Sharing Your Story
Managing Up and Laterally
Foundations of Inclusive Practice
Equitable and Inclusive Campaign Practices