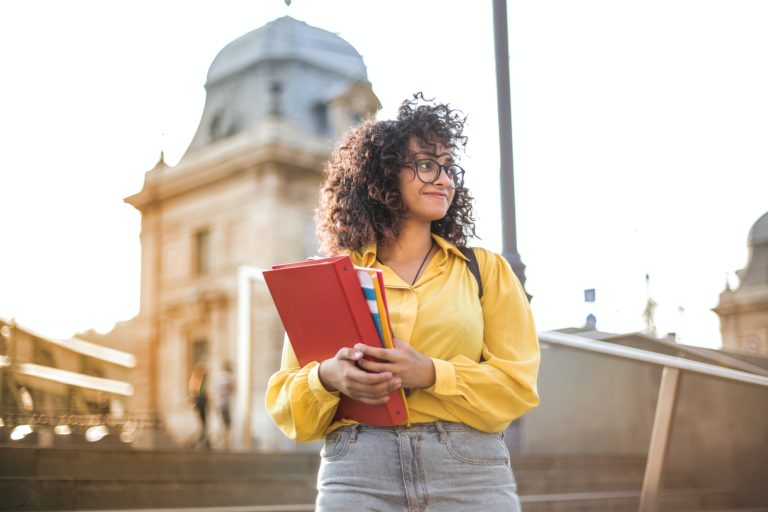 Every election cycle, the youth vote is talked about as if it’s a mythical beast. If you don’t have the right gimmick, swag, or celebrity, young voters won’t show up to the polls.

While voter registration booths outside concerts and “Chillary” on Snapchat are fun ideas, young people have one simple request. Include them in the vision for the future and work with them to achieve it.

Platform recently hosted a nationwide Listening Tour, with the support of youth-serving organizations and individuals. Through this project, they captured the perspectives and insights of the youngest voting bloc.

From what was learned, here are 4 easy steps to take to turn out the youth vote in upcoming elections.

“It can feel a little bit like a country club when it comes to people actively being involved in, being interested in, or even understanding certain terminology and language.” — Charisse, NY

In order to turn out young people, campaigns have to help fill the gaps.

We do this by creating messaging that answers questions upfront, rather than putting all the responsibility on the voter. This means defining essential lingo, even if the terms seem basic. ‘Vote-by-mail,’ ‘polling location,’ and ‘same-day registration’ are a few terms that need explaining to increase knowledge around the subject matter.

Call Youth Voters In, Not Out

Taking it a step further, campaigns should emphasize and celebrate the growth of the youth vote.

They should speak about the youth vote turnout numbers. Share personal stories of hesitations and fears about engaging. Amplify positive encounters with young people who only recently entered politics. This helps young people realize they aren’t alone.

Many young voters can feel shamed for not engaging before, and they shouldn’t. We need to celebrate their choice to show up now.

2. Meet Young People Where They Are and Honor Their Leadership

“It’s important to remember that politics doesn’t just happen inside the construct of the Republican and Democratic Party… it happens in community organizations.”- Yamini, NJ

Through community-focused student organizations, young people advocate on issues your candidate can champion.

Let’s say your candidate is running on a platform that includes racial justice and addressing climate change. The field team should engage Black Students United or the Sustainability Club at high schools and colleges in the district.

That said, the field team still has to earn youth support, even if your topline issues align.

These organizations and their members should have an opportunity to engage with the candidates’ platform substantively. They should walk away with an understanding of their role in the candidates’ vision beyond election day. And, they should be given power in shaping agendas.

3. Tell Them What You’re Fighting For and How You’ll Get There

Millennials and GenZ are the most racially and ethnically diverse generation with a higher percentage likely to identify as LGBTQIA+.

We bear the burden of a warming climate, the spike in young adult poverty, and the increasing rates of gun-related deaths. They are witness to fatal police violence and  rising restrictions on reproductive rights and health.

“Young people have also felt the consequences of politics a lot more acutely over the last few years or so… I think that feeling really motivates people to vote because it’s their future.” – Anonymous

Young people know how much is at stake, and they also recognize that progress is long overdue. They are frustrated with candidates who promise everything while campaigning, but don’t deliver once in office. These frustrations are enough to make eligible voters stay at home.

The way to overcome this frustration is to show your candidate’s strategies on what they plan to do in office. Provide details on how they are going to get it done. Don’t forget to include realistic ideas for navigating obstacles. Young voters want full transparency, and more information is better than too little.

Many participants in Platform’s Nationwide Listening Tour acknowledged that state and local politics restore their hope in legislatures. At the local level, they feel represented, and these elections show them why their voices count.

“For the presidential election I certainly feel like my options are very limited and kind of thrust upon me… but I think for other offices that I will have an opportunity to vote for, I can really dive into what it means to me, what I’m feeling, what I want represented.”— Anonymous

However, they also admit that learning about local candidates is challenging.

Campaigns should target young people with digital resources that go beyond simple name recognition or crafty soundbites. Instead, educate the young electorate on the candidates’ platforms and values.

To maximize the impact of these four strategies, particularly building local political engagement, campaigns should embrace the model of Passion Framing.

Created by Cici Battle as a Young People For fellow, this framework helps young people harness their political power. By using issues they care about, youth voters see their role in the context of political seats and policymaking.

Passion Framing acknowledges this voting bloc feels disconnected from the purpose of political office, Oftentimes, it’s because they don’t see how it impacts and shapes their lives. But, as we heard on our Listening Tour, they want to, but the barriers to entry are too tall.

If you want to invest in young people’s political power, remember, once your candidate is in office, prove to youth voters their concerns were heard. Deliver on promises and keep your word.

This blog post is authored by Jennifer Mandelblatt with credit to the Platform Leadership Team.

Learn how to frame your campaign’s top issues to build trust with the youth voting bloc in your community. Taking 5 minutes now will serve you years later.

Build Blue into the New Year with NDTC

Cybersecurity For Campaigns: A Q&A with the DNC and Defending Digital Campaigns