How End Citizens United is Working to Protect Voting Rights 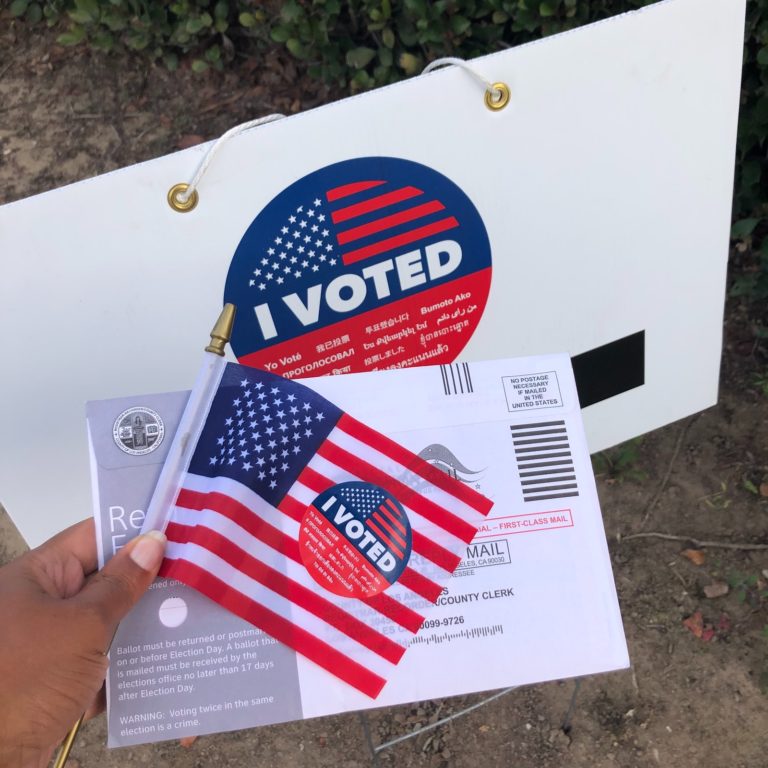 End Citizens United has worked to end voter suppression for years. Every day, they work to protect one of America’s most fundamental rights—the right to participate in our democracy. NDTC is proud to partner with these fierce defenders of voting rights.

What is End Citizens United?

In 2010, the Supreme Court handed down a landmark decision in the case Citizens United v. Federal Election Commission. The court ruled that independent corporate funding of political advertising cannot be limited. This decision ushered in a decade of corporate spending in elections unprecedented in American history.

Founded in 2015, End Citizens United (ECU) works to get corporate money out of politics, and overturn the Citizens United decision. ECU also works to protect voting rights across the country.

“Our mission is simple, we want to get big money out of politics and we want to protect the freedom to vote for everyone.” — Tiffany Muller, President and Executive Director of End Citizens United

Four hundred and four bills have been introduced in recent months with the aim of restricting access to voting. In order to combat voter suppression efforts, partisan gerrymandering, and big money’s outsized influence in our political system, ECU works to:

In order to learn more about voter suppression, its history, and what it looks like today, you can read NDTC’s blog post, “What is Voter Suppression?”

Central to ECU’s efforts to fight voter suppression has been H.R 1/S.1, known as the For the People Act. Working closely with Congressman John Sarbanes (D-MD), the bill’s lead sponsor in the House, ECU mobilized support for this legislation. Around the country, ECU also worked to elevate the issue into the national discourse.

On June 16, 2021, our Founder and CEO Kelly Dietrich hosted a virtual event alongside ECU President and Executive Director Tiffany Muller and Congressman John Sarbanes of Maryland.

Dietrich and Congressman Sarbanes discussed how voting rights and democracy reform has changed since Citizens United. Congressman Sarbanes emphasized that people across the country feel increasingly frustrated with the influence of large donors in politics. He also highlighted how Democrats can win on a message of restoring the character of our government through transferring power from corporations to the people.

“Everything about this is bipartisan, except for Republican elected officials who are more interested in winning than governing.” — NDTC CEO and Founder Kelly Dietrich

Congressman Sarbanes spoke about the For the People Act. He discussed how the legislation would change campaign finance laws and stop partisan gerrymandering. The bill would have combated voter suppression bills across the country, while expanding voting rights. As a result, the bill had the support of House and Senate Democrats along with bipartisan support among voters. However, on Tuesday, July 22, the legislation was blocked by Senate Republicans.

.@RepSarbanes: The For the People Act is a chance to strengthen our democracy and get Washington working for the people again.#TrainDems

Tiffany and Kelly emphasized how involving more small-dollar donors creates momentum for a candidate or campaign. They discussed the rise of digital fundraising, and how Democrats can reach voters where they are taking into account the range of capacity they have to give.

As the idea of government reform and small-dollar fundraising becomes more popular, candidates can use this to their advantage. Campaigns powered by the people signal credibility to voters in the district who may be on the fence. It is crucial to include this messaging in your fundraising plan, as it will help Democrats succeed up and down the ballot.

.@Tiffany_Muller: Online money used to be a small part of your fundraising output. But now it often accounts for more than half of the money campaigns raise.#TrainDems

Watch the entire event with Kelly, Tiffany, and Congressman Sarbanes below!

You can join the fight against voter suppression! The first step is remaining educated. Keep up to date with bills across the country restricting the right to vote. Follow your representatives on social media, and monitor their stance on the issue.

And, don’t forget to support the amazing work ECU is doing to protect voting rights. There are many ways to join the fight against voter suppression at the local, state, and federal level.