Communicating with Young and First-Time Voters 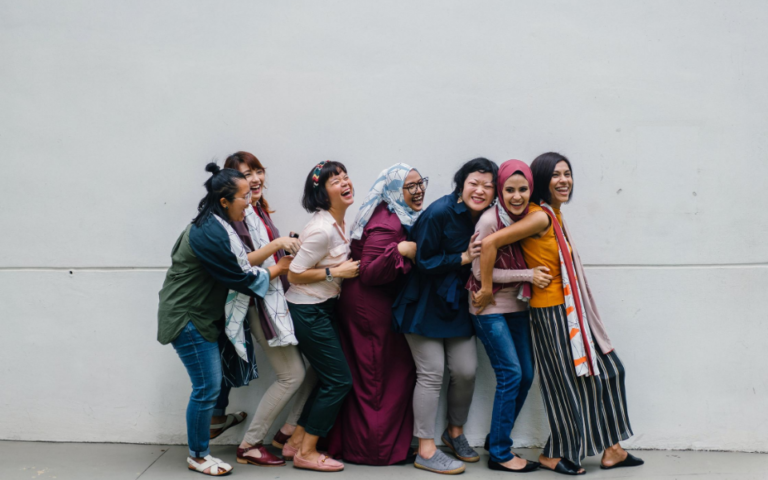 We all know 2020 stands to be a historic election year.

As Joe Biden said during his acceptance speech at the DNC National Convention, the November 3rd election will be a “life-changing election that will determine America’s future for a very long time.” Additionally, the Vote-By-Mail method of voting in a country still ravaged by COVID-19 will be more complicated than ever as President Donald Trump doubles down on efforts to defund the USPS.

Yet, history will be made this election.

As of 2020, “more than half of the nation’s total population are now members of the millennial generation or younger.” And these voters make up 37% of the electorate this year.

Barriers to Voting For Young and First-Time Voters

It is often said young people don’t vote. In 2018, a high water mark for youth voting, 7 in 10 young voters failed to cast a ballot. However, this isn’t because young voters aren’t interested; the exact opposite is true! 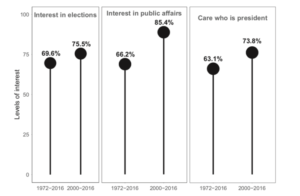 As this figure from Political Science Now shows, young people are interested in politics. The problem isn’t their passion — it’s institutional barriers that prevent them from casting their vote and making their voices heard.

Outreach to Communities of Color

A huge issue facing young voters, particularly young voters of color, is the lack of campaign outreach to PoC communities.

Traditionally, presidential campaigns have ignored issues of importance to young people of color. A February poll of Texans under 40, reported that “66% of Millennial and Gen Z Texans … including 75% of Latinos, [had] not heard from a [presidential] campaign, and 66% did not know that it’s an open primary or were not sure.”

For these voters, not feeling seen and heard is pivotal.

In February, The Collective PAC co-founder Quentin James stated “black donors are sophisticated and they want to see candidates engage on a full-scale level … People are frustrated. I don’t know how else to communicate that.”

And while the Biden/Harris ticket has made history, it takes more than a figurehead to inspire marginalized voters. Kamala Harris acknowledged this problem in a recent interview, stating “You don’t want to have any false modesty about a Black woman being on the ticket, but it takes more than just that to motivate Black women to vote.”

As Democrats, racial justice advocacy should be one of the pillars of every campaign we run.

Ensuring equity in your campaign is no small task, but it’s our job to try.

Racial justice starts from the top: your campaign and your team.

Achieving racial justice is an ongoing, active effort. To start, ensure your campaign is:

Make it evident you care about marginalized communities in your campaign messaging. Make statements any time you can about your commitment to racial justice and back them up with action (or commitments to action). This is especially important when it pertains to your proposed policies.

Ask questions of your campaign like: How are you handling policies around policing? Around underfunded schools?

Make sure you factor in everyone in your district. If voters truly feel you care about them, they’re going to want you to succeed.

Finally, you should strive to register everyone who is eligible to vote!

Organize registration drives any way you can. Different states have different rules regarding how you can register people — be it online, or mailing in a form — so check vote.gov for information pertaining to your area.

Encourage your campaign team and supporters to pledge to vote in advance and they’ll receive resources to help them learn how, and encourage others as well.

We have several courses about embracing inclusivity and accountability in your campaign culture. Don’t miss out on:

Another large hurdle to getting young people to vote regards voter education.

Currently, far too many schools teach “bubble sheet civics,” meaning courses, which focus all their attention on teaching facts and figures about politics, government, and history. This approach may be useful for testing, but it does little for real world comprehension.

Voters are hesitant to vote if they don’t understand policy, so we need to increase easy voter education.

While you might not be able to change the curriculum and testing requirements of civics classes, this doesn’t mean you can’t organize educational materials yourself!

Take Chicago’s “Girl, I Guess” progressive voter guide as an example. Your campaign has an endless amount of ways to educate voters about issues and candidates, be it through instructional videos, Google Docs guides, weekly virtual Q&As, and much more.

It is important your campaign makes an active effort to educate voters, not just about issues you plan to tackle, but issues in your community.

Educating voters on everyone running in your area, though a hefty task, does wonders for voters and your community.

If young people believe their lives can’t be changed by policy, chances are, they aren’t going to vote.

Young people and first-time voters are motivated to vote when bold policies are prioritized, not just a candidate.

This issue ties in with outreach to marginalized communities. How do you know what young and first-time voters in your area care about if you don’t ask?

This Rewire article is a great example of how young voters’ environments and lived experiences affect their passion for various issues.

It’s important to remember young voters are not a monolith; you have to communicate with them to figure out what they care about.

What are the policies you’ll be involved with once you’re elected? How can you guarantee these voters you’ll not only listen but follow-through?

For more information on communicating with young voters using personal stories, check out the following courses!

We can’t talk about issues preventing young people from voting without talking about voter suppression.

Voter suppression, by definition, is the use of specific tactics with the intent to manipulate the results of an election.

These tactics include, but are not limited to:

The plague of voter suppression is not something your campaign can take on alone. Consider banding together with local community leaders, nonprofit executives, and even other candidates in your area.

How can you pledge to fight voter suppression?

The first step is educating yourself about the types of voter suppression affecting voters in your area.

According to the ACLU, “thirty-six states have identification requirements at the polls. Seven states have strict photo ID laws, under which voters must present one of a limited set of forms of government-issued photo ID in order to cast a regular ballot — no exceptions. These strict ID laws are part of an ongoing strategy to suppress the vote, and it works.”

Over 21 million U.S. citizens do not have government-issued photo identification. ID cards aren’t always accessible to everyone; the cost of the ID itself can be high, and even in areas where IDs are free, applicants often have to pay to obtain the documents necessary to get an ID. Additionally, the travel sometimes required to get an ID can itself be an obstacle, especially for people with disabilities, the elderly, and voters in rural areas.

Visit vote.org to find out more about your state’s voter ID laws. This will be pivotal information to pass along to voters and ensure their voices are heard.

Voter purges are a quiet scourge suppressing people’s right to vote. Without notice, a voter’s registration can be wiped off the face of the earth.

While it is responsible for election officials to clean up voter rolls because many people move, die, or become ineligible to vote for other reasons, sometimes states use this process as a method of mass disenfranchisement. Often, voters only learn they’ve been purged when they show up at the polls on Election Day.

Keeping abreast of voter registration requirements and deadlines is an important workaround when it comes to voter purging.

Even before the “new normal” of COVID-19, voter registration was a complicated process. The ACLU states “restricting the terms and requirements of registration is one of the most common forms of voter suppression.” These restrictions can include requiring documents to prove citizenship or identification, penalties for voter registration drives, or limiting the window of time in which voters can register.

In Texas, for example, there is no online voter registration. All voter registration must be done in person. So during COVID, organizers have had to shift the way they’ve registered people, potentially endangering themselves and voters.

Other states restrict registration by requiring people to register long in advance of an election. New York requires voters to register at least 25 days before the election. Most voters are not thinking about the election that far in advance; this sort of restriction is outdated, and comes from a time when registration forms were completed with pen and paper and sent in the mail.

States that do not update their registration requirements could prevent thousands of citizens from casting their vote. In the 2016 presidential election, over 90,000 New Yorkers were unable to vote because their applications did not meet the 25-day cutoff. The state had the eighth-worst turnout rate in the country!

A felony conviction can come with drastic consequences, sometimes including the permanent revocation of a person’s right to vote. Different states have different laws; some ban voting only during incarceration, some ban people on probation or parole; others ban voting for life.

While our end goal as Democrats should be to allow every citizen to vote, regardless of their incarceration status, you need to focus on voters in your area. Start with this map from the ACLU to see felony disenfranchisement laws where you live. Educate your voters, and where it applies, help the formerly incarcerated register to vote and get all of their documents in order.

Getting Ahead of the Game: Early Voting

The most important thing you can do to assist young and first-time voters is to tell them where, how, and when to vote.

Our Vote in Advance Pledge is here to help you educate voters on early voting. With COVID-19 threatening the health and safety of voters, voting in advance supports our democracy by keeping more people safe while still providing every voter the opportunity to let their voice be heard.

More information on early voting can be found at:

What You Need to Know: Your 2020 Early Voting Guide

Build a Vote-by-Mail Program for Your Campaign