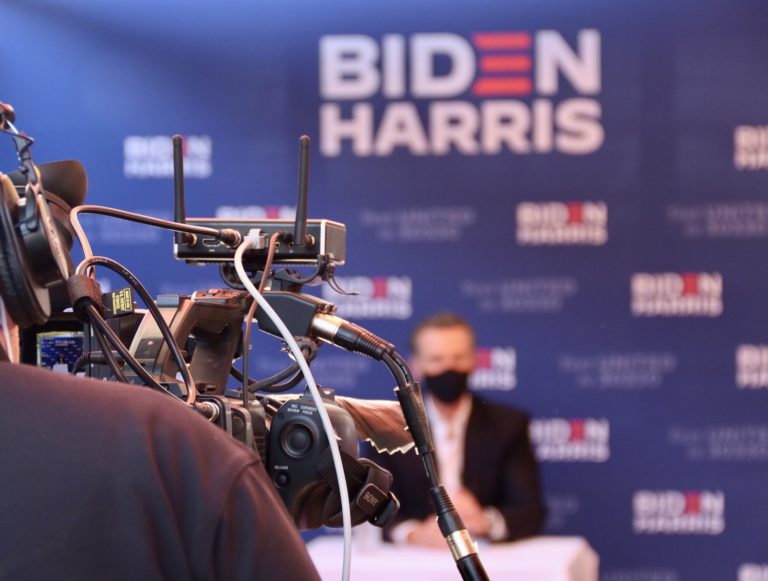 The main goal of your campaign is to win. If people don’t know who you are, you’re simply not going to get the votes you need. Knowing your different audiences makes it easier to tailor messages to your community. With this in mind, here are the five audiences your political campaign message needs to reach.

People like voting for politicians with whom they are familiar. Get as much face time with the public as possible. Have a town hall or rally (virtually, for now). Use your social media to spread your message. Take inspiration from successful online campaigns like AOC’s. Getting your name out there is a top priority.

When talking to the broader public, be strategic in framing your message. At NDTC, we define framing as the “practice of organizing, structuring, and reconfiguring a message without altering…[its] fundamental attributes.” Framing your message also humanizes you as a candidate.

For example, let’s examine how former President Obama addressed the issue of gun reform. He framed his message one way for an audience in Newton, Connecticut after the Sandy Hook tragedy, and then framed it a new way during a 2016 town hall in Indiana.

Throughout the campaign, identify potential voters and encourage them to further their engagement. Find new ways to motivate them to donate, volunteer, and commit to voting.

Potential voters are especially important when first launching your campaign. The more supporters you have, the easier it is to spread your campaign message!

The media is your campaign’s microphone. It amplifies your message.

Cultivating good media relationships is essential for the success of your campaign. Having a good relationship with the media does not ensure your story will be featured. But, it does mean there are media professionals you can rely on to hear your campaign’s message when the opportunity arises. It’s important to identify your media contacts early on and understand which media outlets can help spread your message.

In order to build a media list, start seeking connections. Look up well-positioned media professionals in the area. Identify which journalists are most popular in your area, and which media outlets have the greatest reach.

Segment the media by breaking it down into more specific subgroups. Media subgroups can be as basic as “local reporter” or as specific as “local reporter, female of color, sustainability and climate change beat”. Segmenting a media list can help you connect more easily with high priority voters.

Another important thing to remember is journalists are people too and have deadlines to meet. It is crucial you and your campaign staff be timely, attentive, and honest with responses. A bad relationship with the media can cause serious damage to your reputation. Not all press is good press!

Like vehicles need gas to run, your campaign needs money to win.  So, campaign donors are another key audience that must be prioritized. The type of messaging directed at donors will be different than what is said to your voters or the public. This is because your call-to-action to donors is targeted for financial support

Many times, a political donor might not be in your district, so they might not be able to see your campaign’s local messaging . However, even if they can’t vote for you, you must create a convincing value proposition that encourages them to support your campaign.

There are a few different avenues when it comes to endorsements.

Many news outlets will offer political endorsements through their Editorial Board. A stamp of approval from a reliable news source can have an incredibly positive impact on a campaign. For example, over 40 news outlets publicly supported President Joe Biden during the 2020 presidential race, including major publications like USA Today and The New York Times. For more local-level campaigns, you may need to interview with a media outlet before an endorsement is published. Remember, though, that outlets publish endorsements in the Opinions section, rather than as a news piece. This is important, as an individual writer’s media endorsement might not match the tone of the entire paper. Keep that in mind before seeking these kinds of endorsements.

It’s also common for organizations specializing in particular issue areas to offer endorsements. The process usually involves a questionnaire focusing on a candidate’s stance on certain issues. Some examples of politically active organizations that endorse candidates include the ACLU and Planned Parenthood. Endorsements from these organizations can be very powerful, as they inform voters your values align with those organizations’.

Think of the important leaders within your district. This could be a former elected official or an expert in a specific policy you’re pushing. Receiving public approval from a community figurehead who is admired and trusted is an effective way to gain more support from the public. Representative Jim Clyburn’s endorsement for Joe Biden is a prime example. According to The Washington Post, the endorsement “changed everything” for the Biden campaign in the primaries. Clyburn, a landmark figure in South Carolina, helped Biden win the state by a landslide. Exit polls revealed 47% of primary voters said Clyburn’s endorsement was an important factor when casting their vote.