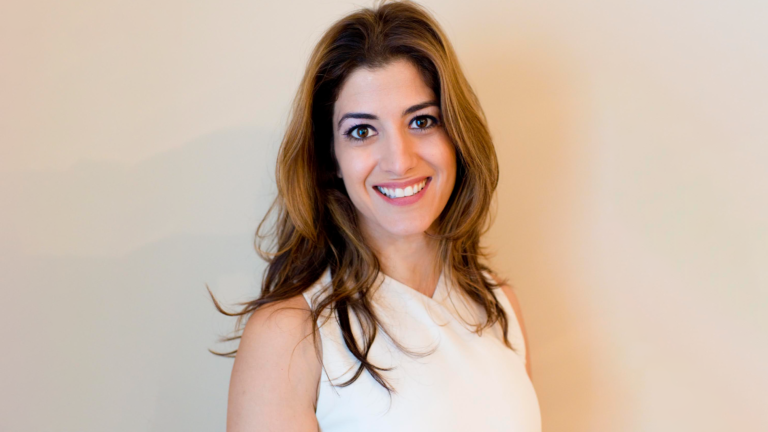 National Hispanic Heritage Month is coming to a close. So, we wanted to take a moment to highlight the work of Latino candidates all over the country. We were honored to speak with Latino Victory President and CEO, Nathalie Rayes, about the present and future of the Latino community in politics.

What does National Hispanic Heritage Month mean to Latino Victory and you personally?

Nathalie Rayes: Latinos are not an adjacent culture in the United States. We are an intrinsic part of its history. Our community has helped build this nation from within. We have been active participants in our history. The Latino community’s contributions are embedded in the American cultural landscape, including the arts, sciences, economics, and politics. At Latino Victory, we believe that we cannot be what we cannot see. Hispanic Heritage Month is the opportunity to uplift these contributions and ensure that Latinos know their value in this country.

What should campaigns keep in mind when approaching Latino voters from all backgrounds? Are there issues that are more important than others? Is there a specific way Latino voters like to be approached and engaged?

Nathalie Rayes: The Latino community is not a monolithic culture. Latinos come from various backgrounds, including race, country of origin, religion, and gender identity. The issues Latinos care about vary depending on their background and state. There are core issues that the community values, but Latino issues are American issues. These issues include jobs and the economy, health care access, education, immigration, among many others. The latest poll shows us that 80 percent of Hispanics are rating the economy as a critical issue in the election, followed by health care with 76 percent and the COVID-19 pandemic crisis with 72 percent.

In this election, candidates need to keep in mind that the Latino community is the second-largest voting bloc and the largest non-white voting bloc in the 2020 election, with 32 million voters. Our vote will impact races up and down the ticket, including the presidential race. However, none of this will matter if candidates don’t reach out to the Latino community. One of the top concerns Latino voters have voiced is that they don’t hear from candidates until a few weeks before the election. Candidates must talk to Latino voters because they’re willing to listen, and they want to hear from candidates.

We always recommend reaching out and investing early and doing so in a culturally-competent manner. Ads in Nevada and Florida will have a different message, a different accent, different music, and dialects. Hence, candidates need to make sure to have the proper staff or consultant input when making these decisions. Because, Latino voters will notice, and it can be the difference between an engaged or disinterested voter.

Latino Candidates Out There Getting Things Done

Who are the elected officials right now who should be celebrated and highlighted for their work in office?

Nathalie Rayes: Latinos have made significant strides in political representation. In 2018, the Congressional Hispanic Caucus increased to 38 members, the highest number in history, with five new Latinas elected to Congress. We are fortunate to have dedicated Latino leaders in Congress during these difficult times for the Latino community.

For instance, we have Assistant Speaker of the House, Congressman Ben Ray Lujan, who is the highest-ranking Latino in the House of Representatives and candidate for the U.S. Senate, and who, as the head of the DCCC, helped flip the House blue in 2018. We also have three Latina candidates who made history in 2018 and are making their mark in Congress–the first Latinas elected to Congress in Texas, Veronica Escobar and Sylvia Garcia, and the first South American elected to Congress, Debbie Mucarsel-Powell.

Are there any unsung heroes we may not know whose work is notable?

Nathalie Rayes: All Latino elected officials work for their communities. That’s why voters elected them. Amid the Covid-19 pandemic, local elected officials have stood up to lead their communities through these difficult times. For instance, Harris County Judge Lina Hidalgo is leading the largest county in Texas through the pandemic, sometimes pushing against the grain. Tucson Mayor Regina Romero, who is also the first Latina and woman mayor in this city, has been working tirelessly in their efforts to inform and help their communities as much as possible.

Who are the up and coming Latino candidates who will soon make a huge impact in American politics?

Nathalie Rayes: Part of Latino Victory’s mission is to build a pipeline of Latino leaders of the next generation. At this moment, there are many talented Latinos and Latinas across the country who are rising stars and who are likely to become the next Congressman Joaquin Castro or Congresswoman Veronica Escobar. In Texas, State Rep. César Blanco is already making his mark in Texas politics by being one of the top legislators and progressive Latino voices in a Republican majority legislature. In Nebraska, Tony Vargas, the only Latino in the Nebraska Legislature, was recently hailed for his efforts to speak up for factory workers on the front line during the pandemic. We also have city and county officials changing their local government with bold, progressive ideas, like Topeka Mayor Michelle De La Isla and Adrian Fontes, Maricopa County recorder.

What would you say to the Latino community member who is thinking about running for office, or launching their career in progressive politics?

Nathalie Rayes: Growing Latino political power is not a sprint. It’s a marathon. We need more Latinos to run for office at all government levels, so the rule of thumb should be if you are thinking of running for office–do it. There are many organizations like Latino Victory and NDTC that can help guide you through the process. They can provide endorsements, candidate trainings, and serve as entry-points to the political sphere. Our country needs Latino and Latina elected officials and political operatives. We need diverse voices to represent us all. As a nation, we’ve flourished because of this diversity.

The Latino community is going through difficult times at the moment, but our community will rise above the challenges. Thanks to the tireless efforts of Latino elected officials who are speaking up for our community, and to the campaign staff members and political operatives who strengthen our collective voice.

To sum up, America is a diverse nation that should be lead by an equally diverse group of people. Latino community representation grows with every election. Organizations like Latino Victory and the Nation Democratic Training Committee are here to support that growth.