Run For Office: How Democrats Are Fighting For Democracy - NDTC

Run For Office: How Democrats Are Fighting For Democracy 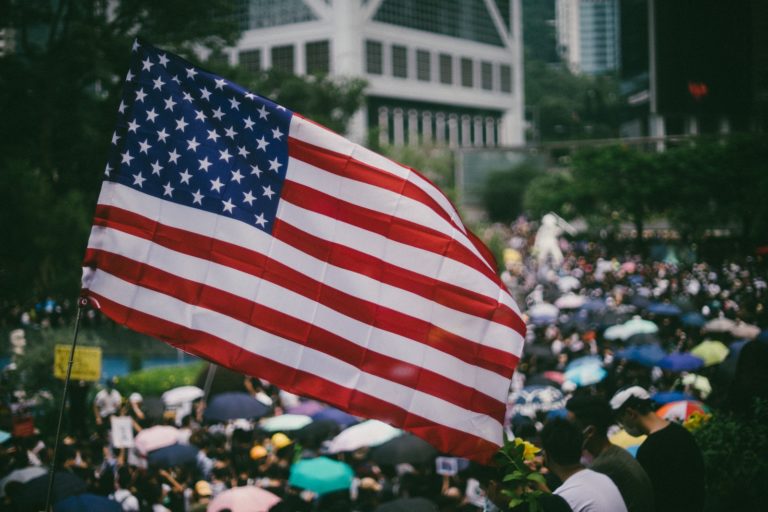 The United States of America is a democracy. It exercises the principle of majority rule when candidates run for office in a representative government. But we can only achieve this through free and fair elections. This means every American citizen should not only have the right to vote, but the ability to do so in an accessible and efficient manner.

The 2020 Election produced historic results for Democrats up and down the ballot. Yet we have also witnessed attacks on our democratic processes such as the January 6th insurrection, as well as voter suppression legislation in key battleground states. These events are a recipe for the deterioration of our democracy.

Democrats are fighting every single day to ensure the interests of American citizens are upheld. Because of the Democratic party, we see candidates who share the lived experiences of our diverse electorate running for office and winning. In tandem, we see change in our communities because of the work progressive organizations are doing on the ground to advocate for voting rights.

Seeing our vote as our voice and voting as our duty is the only way to ensure leadership in our federal, state, and municipal offices are truly representative. This is how America remains a democracy.

Here’s how Democratic candidates, campaigns, and organizations are working to protect this vital source of power:

In too many districts, Republicans retain control without competition. Democrats can change this by simply running for office. By running, we give voters a choice they may not have previously had.

Take the example of NDTC learner Michelle Mullet, a community leader who ran for the Massachusetts House of Representatives in the 20th Middlesex District. She decided to run for office in an area where Republicans had not faced competition for decades. Even though Mullet lost her election, she recognized the importance of providing voters with a new alternative. 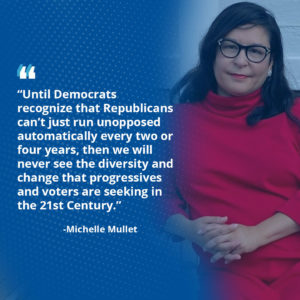 No one candidate possesses first-hand knowledge of voters’ values systems, adversity, or plight. However, every candidate does have the opportunity to become more knowledgeable and to fight on their district’s behalf.

Democrats recognize the importance of building community to strengthen our democracy. Through connecting with voters and meeting them where they are, candidates can understand experiences that differ from their own.

In 2020, this became harder with the COVID-19 pandemic. However, rather than give up on building community, candidates such as Mondaire Jones focused on building virtual communities. Jones used the tactics of relational organizing to foster a sense of belonging among campaign staff, volunteers, and voters. This ultimately propelled his campaign to victory.

Democrats are also working to build pro-democracy movements across America. Take Brendan Roche, who ran for Massachusetts House of Representatives to represent the 1st Bristol District. Although he did not win, Roche believes his run for office helped create a grassroots Democratic base in his community. 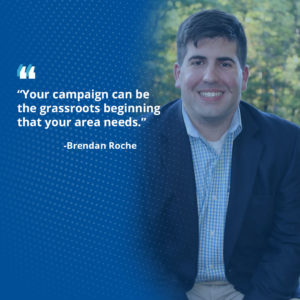 Electing officials who are committed to the needs of marginalized and disadvantaged communities is crucial to protecting our democratic system. It is not enough for people to simply feel like they are represented. There must be active, unequivocal advocacy on their behalf.

Consider the campaign of Jessica Katzenmeyer, who ran for the Wisconsin State Assembly in District 115. She was the first transgender person to run in this district and the second ever to run for the State Assembly. Katzenmeyer believes LGBTQIA+ representation in our government is crucial for the vitality of our democracy and encourages other LGBTQIA+ candidates to run for office. 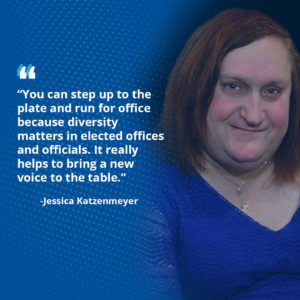 Over the last year, from state representatives all the way up to former President Trump, there has been an increase in the disregard for our democratic system. Four hundred and four bills have passed in recent months with the aim of restricting access to voting.

However, Democrats have been at the forefront of the fight to protect these rights. This includes the actions of Texas House Democrats to protest proposed voter suppression bills, as well as the work of Democrats around the country to promote the For the People Act.

For this reason, NDTC is proud to partner with organizations defending the right to vote, such as End Citizens United. By supporting the campaigns of Democrats working to protect voting rights and promoting voting rights legislation at every level of government, ECU works every day to fight voter suppression.

The National Democratic Training Committee strongly believes running for office, working on a progressive campaign, and building local Democratic power are some of the most patriotic things an American can do. We are proud to support Democrats who are committed to defending our democracy.

Join us in this fight! Take the course, “So You Think You Want to Run?” if you believe running for office is the best option for you. Or try, “Finding a Job in Democratic Politics” if you hope to join a Democratic campaign or organization. And if you are simply an active citizen who wishes to remain engaged, read our article, “Staying Engaged in an Off-Year.”

We can’t wait to see how you create change in our community and work to protect our democracy.

Related Links: Moving Communities Forward by Running For Office, What is Voter Suppression?, How End Citizens United is Working to Protect Voting Rights