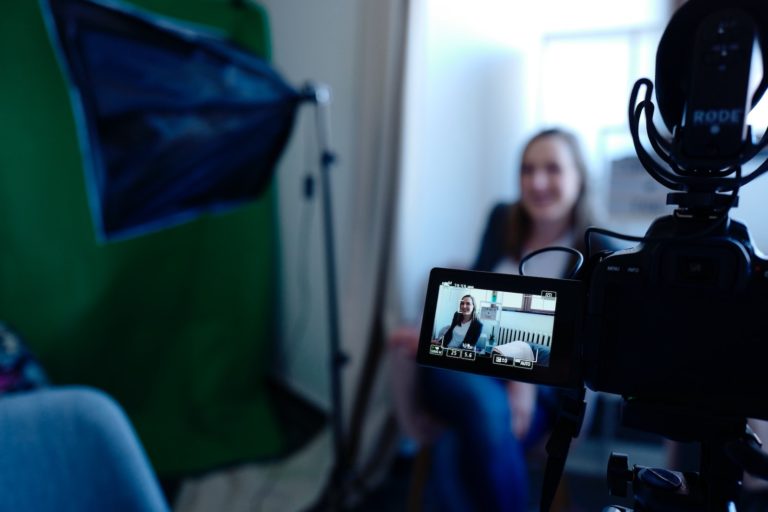 Great video can define a political campaign and an election cycle. The best ads accurately capture the brand of a candidate, as well as the attitudes of the community they hope to represent.

When people think of the best video advertisements, their minds often turn to well-produced, expensive television ads in high-profile races. But many campaigns have created great videos with their phones and some DIY know-how.

Great video isn’t restricted to those with million-dollar advertising budgets.

In this post, we’ll break down video basics. You’ll figure out if video is the right option for your campaign, and how to maximize its effectiveness.

Should Your Campaign Use Video?

Before determining how to use video, it’s important to decide if video is a good option for your campaign. When working out if video is right for you, use the same criteria as every other communication method. Consider the following questions when evaluating video as a possible option:

Budget is also important to consider when using video. Video advertising is often expensive, especially on traditional TV networks. Although many streaming services are cheaper and allow for more specific audience targeting, money still remains an obstacle for many campaigns.

“With TV advertising, you can somewhat target the voters you’re trying to reach depending on the network, show, and time you pick. But it’s hard to know who is really seeing your ad.” — NDTC Instructional Designer Dana Bottenfield

A key thing to also understand is video is high risk, high reward. If your ad message works, a single video ad can do more to persuade or mobilize someone than a mailer, tweet, or graphic. But if the ad’s message doesn’t work, the risk of backlash is significantly greater.

For example, in early 2020, some ads targeted a relatively older, whiter, and less politically engaged persuasion audience. One particularly effective message was that President Trump was doing a poor job responding to the emerging pandemic. The ad showcased nonpartisan and conservative messengers making points, which drove the message home.

Learn more about different media options, including video, with NDTC’s course: “How to Build Your Campaign Communications Strategy on Different Media Platforms.”

How Will Audiences See Your Video?

Once you’ve determined you want to use video, the next step is segmenting videos based on audience. Consider these two questions when determining the intended audience for videos:

Paid advertising means paying a platform to showcase video advertising. This can mean your audience is less politically engaged, and is not actively seeking a campaign’s messaging. Because of this potential lack of engagement, your video ads need to be short.

Consider two main goals when producing paid video ads: persuasion and motivation. Featured personalities and tone matter for persuasion audiences. It’s important to use broad, inclusive language. Mobilized audiences are generally on your side, but they also need to be told why your candidacy is worth the trouble of voting. Be sure to highlight national and local issues they care about.

For information on the different types of paid media, check out NDTC’s blog post: “How to Choose the Right Paid Media For Your Campaign.”

Organic audiences have one essential difference from paid audiences — they may actually want to watch your video ad!

A person can find your video ads organically in one of three ways. The algorithm may decide your video is of interest to them and places it on their homepage. Someone may show it to them. Or they may go to your social feed and find the ad.

The people that find your ads organically are more likely to be supporters of your candidacy. As a result, the videos can be longer. Videos should be 2-3 minutes on Facebook, Twitter, and Instagram, and up to 5 minutes on YouTube.

Organic audiences are often your most engaged supporters. Acknowledge and pay attention to the issues they care about, and factor them into any videos.

Learn more about different forms of organic media in NDTC’s course: “How to Build Your Campaign Communications Strategy on Different Media Platforms.”

Who Will See Your Videos?

Always consider what audience will see your videos. For example, the best Instagram ad might do poorly on daytime television because of the different demographics.

In short, the people who normally watch daytime television are not likely the same people who regularly use Instagram.

Different audiences have different expectations about the types of video they’ll see.

Facebook and TV audiences often skew older, while Instagram, TikTok, and Youtube audiences generally skew younger. Additionally, Twitter is largely used by politicos, journalists, and others with a mid to high level of political interest.

There are different expectations for production quality of videos on each platform. Traditional TV audiences are accustomed to highly produced videos. Whereas, Facebook and Instagram audiences may be more comfortable with low production,  selfie-type videos.

Learn more about each of these social media platforms with NDTC’s course: “Using Social Media Platforms.”

Many factors go into a great political campaign video. The first and most important is the story. Your video should show evolution or a story arc. The speaker should change their tone even if it’s a 30 second straight-to-camera video. There should be emotional stakes, and the tempo of the images and music should change accordingly. These storytelling techniques will help engage an audience.

“If you’re doing a video, you should be making it for a reason. Ensuring that reason is relevant to your audience is half the battle.” — NDTC Instructional Designer April Pegg

Great videos also create an emotional response in their audience. A great example of a personal story used effectively to elicit emotions can be found in this ad. Watching the evolution of Bernie Sanders’ career and message set to a cover of ‘The Times They Are A-Changing’ makes us feel we know him. A few keys to eliciting emotion from your audience are passionate and relatable speakers, escalating music, and an easy-to-understand, empathetic story.

Breaking videos down to their visual and audio components is important. First consider visuals, videos look best when shot in HD. If you are shooting the videos yourself, educate yourself on standard formats. For example, TV, streaming service, and Youtube videos should be horizontal, TikTok and Instagram should ideally be vertical, and Facebook and Twitter are best as square videos.

Quality audio is also crucial. If you are self-producing your videos, try to educate yourself on the basics of audio recording and voice over. For example, minimize background noise or echo, investigate the use of boom vs. lavalier microphones, and check on the copyright of any music or sound you may want to use.

Get Started With Video Today!

Video can seem complicated, but you don’t have to be an expert to make great content! As with every other skill, find those who do feel confident, and collaborate with them. This could include family and friends, as well as campaign staff.

Get started planning your Communications strategy with NDTC’s course: “How to Build Your Campaign Communications Strategy on Different Media Platforms.” This course helps evaluate different options for political campaign messaging, including video. You’ll learn how to effectively use both paid and organic media for your campaign.