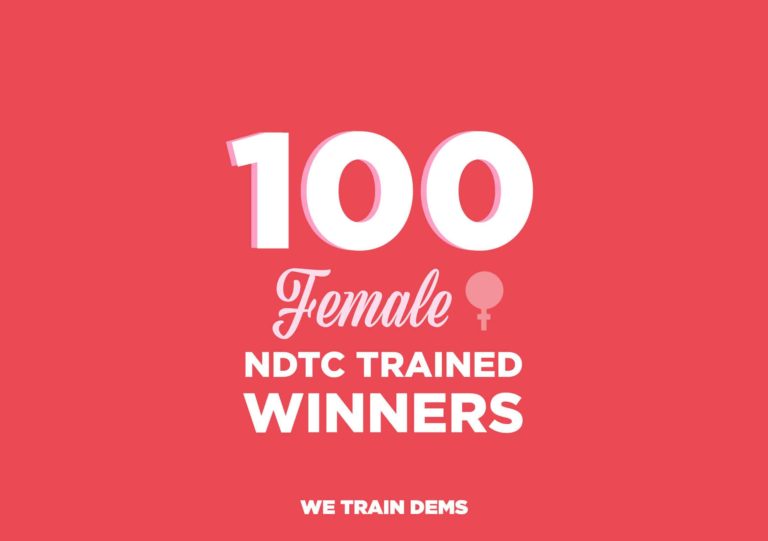 The current mood of the country and within the Democratic Party is a lot different today than it was a few months ago. The fear, worry, and anger are as palpable as ever, but there is also a determination and vigor, renewed every day when we see the evidence of our government slowly starting to look more like our country. Representatives that represent us, but also

In November, Democrats made great strides in electing record-breaking numbers of women. And not only that, but women that represent the many different faces of America.

With diversity being their greatest commonality; these women bring to office diversity of ethnicity, economic status, religion, sexual orientation, and age.

A lot of lessons can be drawn from the results of the 2018 midterms, but perhaps the strongest is that women can win…if they run.

That’s why this past election was so important. Studies from the University of Colorado at Boulder show that women are inspired to run for office when they see other women doing the same.

One of their researchers, Christina Ladam, believes that Hillary Clinton was likely the catalyst for many of the women we saw take the oath of office last week.

The impact was evident. The number of female candidates running for office has been steadily increasing over the years, but the spike after 2016 was unlike any other.

We want to see this ripple effect continue in future elections. That’s why NDTC is here as a resource to train female candidates for offices up and down the ballot.

Of the 759 NDTC-trained candidates on the ballot this past November, 51 percent identified as women.

Even better? Those trainees experienced a win rate six percent higher than our male candidates, proving that if you run, you certainly can win!

You may be thinking, “I’m not qualified,” and you’re not alone in that concern.

Sixty percent of women doubt they’re qualified to run for office. But only 40 percent of men think the same.

So cast your doubts aside!

Run for school board.

Run for a state legislature. If you’re constantly a weird combination of inspired and angry, join us. Because the surest way to make an impact is to run for office.

Not sure where to start?

If you have been thinking about running for office, take our So You Think You Want to Run course. It will help you decide whether you should run for office, what you want to run for, and when. It is the first step to seeing your name on the ballot.