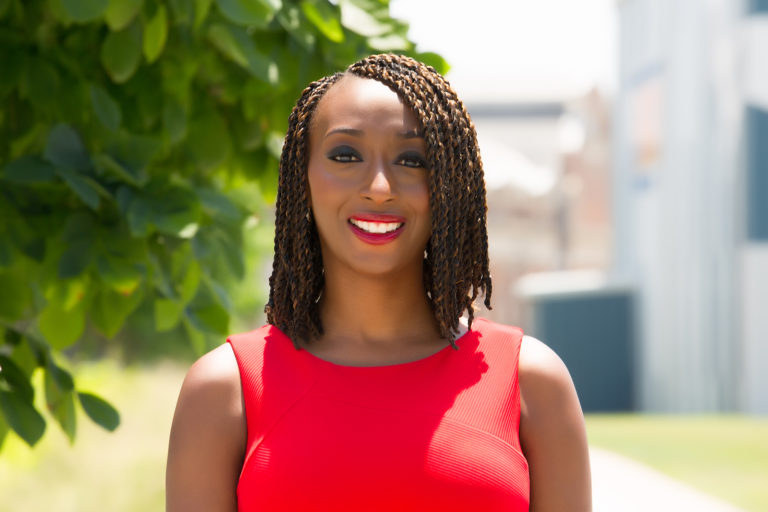 A’shanti F. Gholar serves as the president of Emerge, an organization dedicated to recruiting and training Democratic women to run for office. In this role, she leads the organization and steers its overall strategy and direction, overseeing a national staff as well as affiliates across the country.

A’shanti is a nationally recognized political strategist, who most recently served as Emerge’s Political Director, responsible for strengthening national partnerships and working closely with state affiliates to strategically recruit for key seats, as well as directing the organization’s overall political strategy. For 15 years, A’shanti has been a grassroots organizer and activist for women, communities of color and progressive causes.

Tell us about the importance of Women’s History Month.

Women are 51% of the population but you don’t see it reflected in society. It is great to uplift women so other women can see it. Representation matters! I love having the month to celebrate women’s accompaniments and letting them know they are seen.

What woman/women in politics inspire you and why?

I have to say it is Leah Daughtry, Yolanda Caraway, Minyon Moore and Donna Brazile (The Colored Girls). They are the authors of the phenomenal book, “For Colored Girls Who Have Considered Politics.”

Growing up in Nevada, there weren’t many women of color in politics and I was always driven to achieve what they achieved. They are trailblazers! I’m sitting where I am today because of the work that you have done. When I first took the position as President of Emerge, they were some of the first people I reached out to. I had to let them know how important the work they have done has influenced me. They have paved a way for all women to take up space in politics.

What projects/initiatives at Emerge has been your greatest success, and why?

The expansion of Emerge into southern states. I had worked at the DNC twice and one of things I noticed was the party was not making a big enough investment in the south. I didn’t want Emerge to be an organization that neglects the south. Now, we are in states like Alabama, Texas, and Mississippi and we are seeing a big difference taking place in the south now. We are giving Democratic women in the south an opportunity to make a difference in their communities

How important is it to you to work for an organization whose aim is to recruit, train, and empower women to run for office?

It’s very important. I feel blessed that I get to do this work every day. When Trump got elected I never imagined that we would see such a surge in women deciding to run for office. I’m honored that I  get to empower women to use their skills to make a difference in politics.

How do you think campaigns can strive to be more inclusive to women?

I think we are making headway. Look at the 2020 presidential candidates, there were more women taking on senior roles; from campaign managers, to senior advisors, to communication directors. Women in these roles are more collaborative, more inclusive and get smart policy moved forward. I see so many women getting things done in the political space during the COVID-19 crisis, especially since there is a lack of leadership at the top. Women are much more valuable to campaigns and politics than just being the women’s engagement liaison or black women’s engagement director. You get pigeonholed. When women of all backgrounds are taking on greater positions and it makes a difference. So hire women!

What advice would you give to other women interested in pursuing a career in politics?

I would refer them to my blog, “The Brown Girls Guide to Politics.”

It dawned on me that there was no place for women of color that were interested in politics to go to get advice on how to get involved in politics, receive news about how politics impacts women of color or find out about amazing women of color running for elected office. This is especially important for women of color. I would also suggest, start by volunteering. You can try out different roles in politics and get an overall view of campaigns. You shouldn’t think that just because you didn’t major in political science that you can’t work in politics at the highest levels. You have the opportunity to figure out where your skillset can best be used.

What important information are you sharing with women candidates running for office during the COVID-19 crisis?

We wanted to support women in the Emerge network and all Democratic women during this crisis The decision was made to put together a five-part series that is geared towards candidates and campaign staff who are our alumnae and Democratic women who are not our alumnae that focuses on Campaign re-planning, doing field during a crisis, fundraising, messaging and digital. We wanted women to know they are not in it alone and make it easier during this time. While there is a fee for these courses, we never want there to be a barrier and are willing to assist in any way to ensure that women get the training they need. 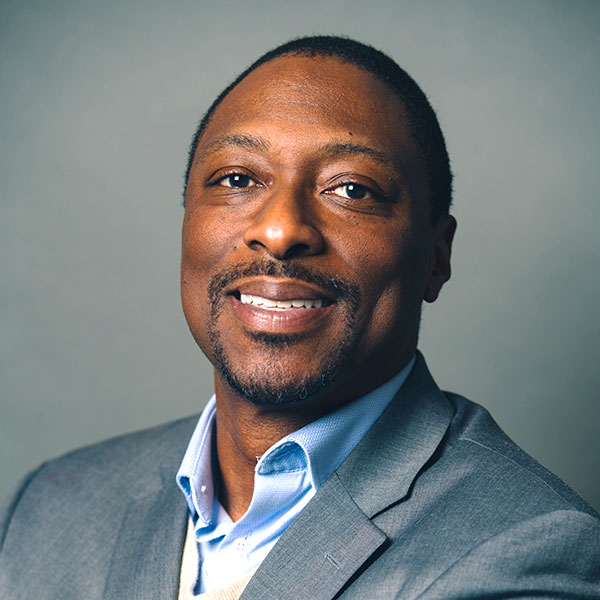 Anthony has over 17 years of experience leading teams across diverse public and private organizations. He’s skilled in program development and implementation, team leadership, exchange facilitation, and partnership building. Anthony previously served as the Director of Training and Public Engagement with Truman National Security Project, where he was responsible for designing, organizing, and conducting a number of progressive issues and policy-based trainings and briefings for policymakers, military leaders, civic and political leaders. Prior to Truman, he served as a White House appointee during the Obama Administration in several national security policy roles. Anthony is a veteran of the United States Marine Corps and has a bachelor’s degree from North Carolina A&T State University. Additionally, he is a candidate for an MA in Global Policy degree at the Johns Hopkins School of Advanced International Studies and a 2019-2020 Marshall Memorial Fellow.