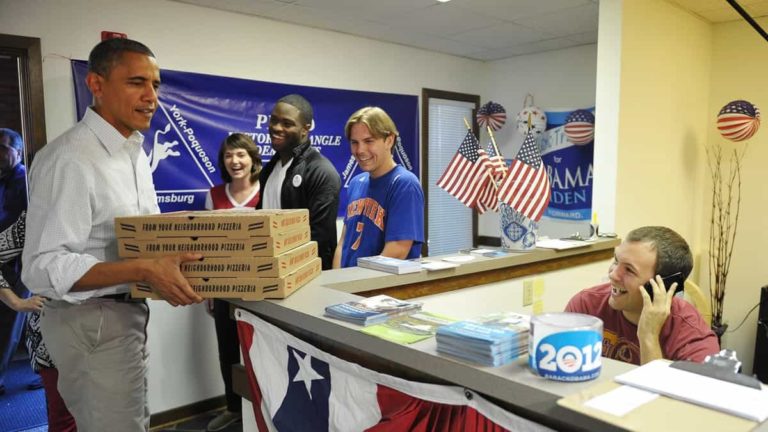 From casual observers to political buffs, working on a political campaign seems to be a mysterious, exhausting, and challenging experience. While there’s a lot of truth in the latter two, it’s important to demystify the world of campaigns and the people who run them.

First, we’ll hear from some seasoned campaigners about their experiences. Then, we’ll take a look at the top five myths about working on a campaign.

When you decide to start working on a campaign, you’re making a much bigger commitment than your average 9-5 job. The hours are long, the work is demanding, and there’s very little downtime. It can be both extremely exhausting and incredibly rewarding.

But, it’s important to understand that each day on a campaign will be different.

Depending on your role, you might be trudging through a neighborhood knocking doors, or making countless phone calls to potential supporters and donors. One day might have you organizing volunteers for a canvass, while another could have you putting together a rally for the candidate.

When you sign onto a campaign, be ready for a new adventure every day. You may start with a set schedule, but you can bet on it being scrapped pretty quickly.

If you’re new to campaigns, chances are you aren’t going to spend your days hanging out with Joe Biden or Kamala Harris.

A lot of people get into politics to be around VIPs. While you’re likely to meet some important people, 99.99% of your time in politics will not be spent advising presidential candidates.

Political staffers will tell stories of meeting their political heroes. These encounters, while valuable, are rarely more than taking a moment for a picture.

That said, you are going to meet great people on any campaign you work on. As many staffers in the video mention, campaigns are a place to make lifelong friends.

Myth #3: No One Gets Paid to Do Organizing Work.

On any campaign, there are numerous organizers who perform their duties as unpaid volunteers. These organizers provide extremely valuable assistance to a campaign.

Candidates and their staff rely on them for a good portion of the campaign’s contact with voters.

But, that doesn’t mean you can’t find a campaign who pays their organizers.

You’re not going to be making the big bucks working on a campaign, but you don’t have to do it for free, either. In fact, political field organizers on average make about $35,000 per year. On Bernie Sander’s 2020 presidential campaign, organizers made $42,000 per year.

Bottom line: you can make a living as an organizer. You won’t break the bank, but you can get a paycheck.

Myth #4: You Can Only Organize Communities You Belong to.

It’s typical for people to assume that to be an effective organizer, you must be a member of the community you’re organizing. However, there are countless examples in politics where this isn’t the case.

At its core, organizing is about passion. You don’t need to identify with a certain group to care deeply about the issues which impact them. People will respond to your drive to create change.

Political and social movements are strengthened by the diversity of ideas and backgrounds. If you have a passion for a particular issue, get out there and organize. Focus on building community, not on finding one you fit into neatly.

Conventional wisdom assumes campaign staffers spend their time formulating public policy positions. It’s common in interviews with new potential staffers to hear them express a desire to join a campaign because of an interest in policy.

At the end of the day, campaigns are about showcasing and making the case for a candidate’s policy proposals. A campaign is about helping someone with policy ideas win an election so they can implement their vision.

The goal of a campaign is to get as many people to vote for a candidate as possible. So, a major part of this effort is the fieldwork. This is about engaging with voters, so field organizers spend their days making phone calls, setting up events, and knocking on doors. As a result, campaigns are more about marketing than policy development.

If you work on a campaign, realize that your experience will likely be centered on voter contact, not policy details. Governing is about policy, campaigning is about earning the chance to govern.

We hope that we’ve set the record straight on some of the realities of life on the campaign trail. There’s no doubt that working on a campaign is a challenge, but having a positive effect on your community makes it all worth it.

Whether your interests lie in Digital, Communications, Fundraising, Field, or you’re still figuring it out, NDTC provides resources for those looking to launch a career in politics. Dive into our course, “Finding a Job in Democratic Politics” to jumpstart your career today! Learn how to craft job-tailored resumes and cover letters, use digital tools to find opportunities, and organize your job search.

Running an Effective Campaign Debrief for Your Democratic Party