Yes, You Should Run for Office - National Democratic Training Committee

Yes, You Should Run for Office 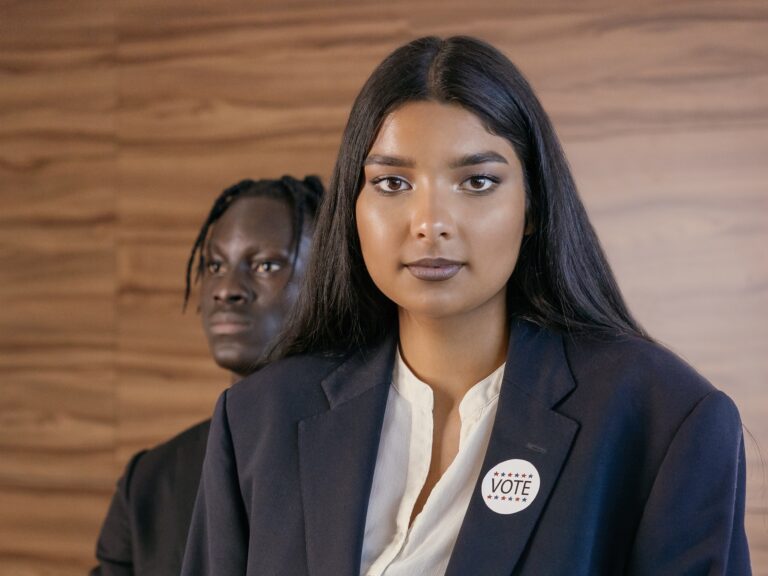 We talk about the run for office a lot. That’s because if you’re sitting around wondering who’s going to stand up and say the things that need to be said, look no further. It’s you.  And at NDTC, we’re always here to support you along the way!

If you have been debating running for office or know someone who should, let us inspire you to act on the call of public service. With our “Run For Office” series, we’ve built an excellent set of candidate testimonials, insights from elected officials, and resources to get you started as you begin your journey.

Remember, change starts with you. You are the change your community needs. Your candidacy is the key to unlocking new possibilities and bridging gaps between social and cultural divides. And, your campaign powers this Blue Wave across the country and back.

Here are all the reasons why you and more Democrats should run for office!

When making the decision to run for office, start by outlining what’s important to you and what sets you apart from other candidates. It’s important to identify your values, your story, and your “why”. This moment of research, education, and self-reflection is key before announcing your candidacy.

What Office Are You Running For?

At the beginning stages of deciding to run, you might be unsure of where you can affect the most change. Did you know there are more than 514,000 elected offices throughout the country? There are so many opportunities to serve from school board to city council.

Keep in mind, the issues you care most about must align with the power vested within the seat. For example, if you care about upholding the integrity of voting rights, you should check out running for a seat on your local election commission.

To find the elected position best suited for your ambitions and skills, research what local offices are available this election cycle, and get familiar with our breakdown of available positions at the State, County, and City levels.

It Starts With Family

At NDTC, we encourage candidates to run for office on their “Why”. For many, the greatest “Why” is their family. Running for local office means your family can live and thrive in a stronger, healthier community.

And, let’s be clear. Family means many things to different people. When we say family, we mean the individuals who you hold close and care about the most. These individuals may have raised you through childhood. Others have chosen families who align with their mindset and compliment their personality and general behaviors. Your family is who you say is your family.

They will impact your run in ways unimaginable, becoming your source of strength when times get rough. Your family can provide person-power to knock on doors, get out the vote, and call people they know to help you. Family lies at the center of your network, and cannot be overlooked.

Throughout the process, be upfront and transparent with your loved ones about what to expect while campaigning. Approach them in a meaningful manner, and empower them to take part in your potential candidacy.

“Even before the race begins, family can be your best advisory board .” — NDTC Founder and CEO Kelly Dietrich

NDTC Honorary Co-Chairs Katie Porter (CA-45) and Lauren Underwood (IL-14) joined NDTC for a conversation on what it takes to run for office. Both Congresswomen stressed the importance of acting without hesitation when reaching out to potential donors, building a support base, and relating to voters.

There’s truly no time like the present to start building your campaign. Just remember, you ARE qualified. It’s time to cast doubts aside. As Representative Porter said,

“You don’t have to wait for anyone else to open the doors of politics to you. Run for office and change your community today!”

Representative Underwood also shared her thoughts on the importance of more people of color engaging in leadership roles in our communities.

“There was a traditional, conventional way of thinking that candidates of color could only represent that same community of color, and that’s not the case…we have completely transformed what it means to be taken seriously and run in competitive races.”

How can Democrats work to strengthen our democracy in a time when it’s under siege? A series of Democratic legislative efforts take a ground-up approach to fighting voter suppression in our communities. Specifically, the actions of Texas House Democrats and the work on For The People Act, show what’s at stake when it comes to our voting rights.

The stories of Michelle Mullet and Brendan Roche, two candidates, showcase how you can connect with voters and build a community of grassroots Democratic support in historically Red districts.

Candidates from marginalized communities build some of the strongest inroads with voters and should be encouraged to run for office at every opportunity. By sharing lived experiences and connecting with voters across a range of issues, relationships deepen on a more personal level.

Take Jessica Katzenmeyer, the first transgender person to run in her district of Wisconsin. The invaluable connections like the ones Jessica built served her campaign immensely.

Strong candidates who can mobilize a wide and diverse electorate further our progress. They are the best resources our democracy has in the fight against ongoing voter suppression.

At NDTC, one of our main goals is to create a deep bench of candidates in every district. So, even if a Democrat retires from office, there’s plenty of strong choices to sustain the connections built in past election cycles.

We illustrate this with the story of Ashley Aune, a former marketing executive, who ran to succeed her state representative. She built upon the past success of her predecessor’s campaign to win. Her story is just one of the successes we feature in this collection of candidate testimonies from the state and local level.

Want to foster political involvement at the grassroots level? Running for office in previously uncontested elections is often the best way to do so.

“Until Democrats recognize that Republicans can’t just run unopposed automatically every two or four years, we will never see the diversity and change that progressives and voters are seeking in the 21st Century.” — Michelle Mullet, Former Candidate, Massachusetts House of Representatives

As a candidate for office, you’ll have the important role of getting the democratic message out into your community. These often take place where voters have their own preconceived notions about the democratic platform.

Dianne Krumel, focused on getting her Democratic message out into the mainstream. When telling her story, she notes “I’m not afraid. I will stand up for my beliefs.”

Unless challenged, many political offices continue to maintain the status quo, especially in local government. That’s why Carrie Duran, single mother and disability rights advocate, decided to run for office. Her story and the stories of two other inspiring women, Connie Di Cicco and Laetitia Mizero Hellerud, are featured in this piece from last year.

How does Laetitia, a refugee from Burundi and a progressive Democrat, find the inspiration to run in a predominantly Red district? What brought Connie, a former Chief of Staff for a State Representative, back into the fold? These phenomenal candidates planted seeds for progressive change. We hope you take the time to read more about their proactive efforts in the strengthening of our democracy.

Putting yourself forward as a leader is the surest way to see the values of your community represented. We all have the ability to make inroads within our neighborhoods, and what we accomplish locally echoes nationwide.

Over 160,000 Democrats have turned to NDTC for the tools to win elections and build long-term power. Between on-demand courses, live facilitated trainings, events, and cohort-based programs, there is access and guidance 24/7 to get you from here to election day. 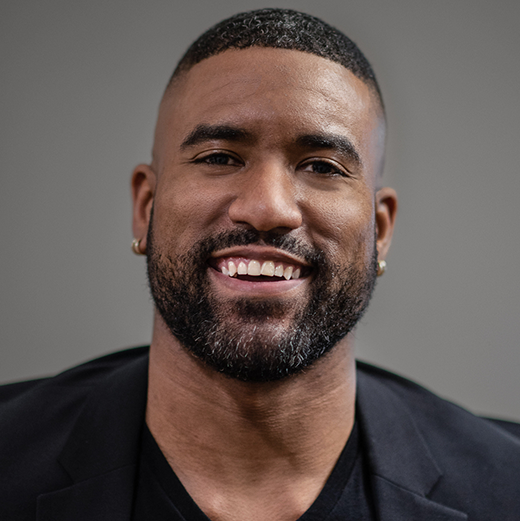 Dale Dorlin joins NDTC as the Content Manager. Dale plays a strategic role in NDTC’s overall brand integrity and digital communications and is responsible for the growth and development of internal marketing operations, learner engagement, and creative direction. After managing events for small nonprofits throughout undergrad, Dale has earned nearly 15 years of experience in marketing, public relations, and community engagement. He also holds an MFA in Management from Wayne State University and is an Americorps Alumnus. In 2017, he entered the world of crisis communications and public relations where he’s managed everything from racial justice cases to executive leadership and organizational change. In addition to his impressive resume, Dale graduated from NDTC’s inaugural Staff Academy Cohort in 2019, going on to work in principal operations for Pete for America in the 2020 Presidential Election Cycle. In his free time, Dale is an avid runner, enjoys wellness activities, and is always down for a good Netflix binge.