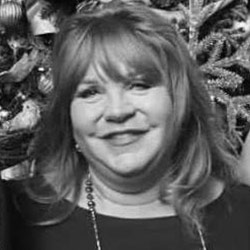 Lisa Christensen is a dedicated political activist and a political relationship strategist; serving and advising those that wish to successfully navigate the connections between business, politics and advocacy. Lisa is passionate about making a difference. A San Francisco native and longtime democratic political consultant, Lisa began her career as a senior staff aide to Senator Dianne Feinstein; then Mayor of San Francisco. She continued to work in Bay Area politics managing grassroots efforts for ballot initiatives, Supervisorial campaigns, and state senate campaigns. Lisa is a supporter of various non-profit efforts; serving 6 years as a Court Appointed Special Advocate for children in Foster Care and then several years as an officer on the Board of Directors for Compass, San Francisco’s homeless family intake organization. In recent years Lisa has turned her attentions to the National political scene serving on the Finance Committee of the Democratic National Committee, the National Committee for Latino Victory, as well as the National Advisory Committee for Van Jones’ prison reform and social justice organization #cut50. Lisa is a member of Hillary Clinton’s Onward Together, the Obama Foundation, and the DNC Leadership Circle. Lisa and her family reside in Larkspur CA. 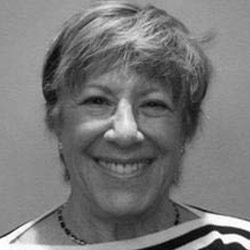 Marsha’s entrée into the political arena was inspired by Secretary of State Hillary Rodham Clinton. Marsha worked on Hillary Clinton’s campaign in New York’s Suffolk County, a traditionally Republican-held part of the state that also was the home base of Clinton’s opponent, former U.S. Representative Rick Lazio. There, Marsha set up the first Democratic campaign headquarters on the North Shore of Long Island. Ultimately, Clinton and her supporters secured an historic victory—the election marked the first time a former American first lady had run for public office, and the first time a female senator would represent the state. After the success of Clinton’s campaign, Marsha campaigned for several Democratic candidates and a local good-government referendum.. She was elected to chair New York’s Brookhaven Democratic Committee and served as its chairwoman for eight years. While it was challenging to build the Democratic Party in a primarily Republican region, Marsha and her collaborators were highly effective, increasing the party’s registration in the area by 32%, securing the first Town Board majority in more than 30 years, and winning numerous town-wide elections. Through local activism and as a member of the Eleanor Roosevelt Legacy Committee, Dr. Laufer worked to recruit and empower qualified women to run for political office. A graduate of the Department of Hearing and Speech Sciences (HESP) at the University of Maryland, Dr. Laufer went on to earn a Ph.D. in speech-language pathology from Northwestern University. She then conducted research and taught at Purdue University. While teaching at Stony Brook University, State University of New York, she also was in private practice as a speech-language pathologist. 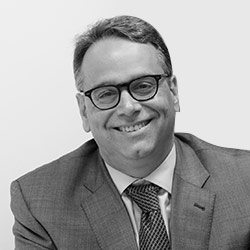 Leopoldo is an international lawyer, social entrepreneur, and a former Congressman in Venezuela. He is the Founder of the Center for Democracy and Development in the Americas, IQLatino and the Principal of LMN Consulting, LLC. He is a member of the Democratic National Committee (DNC), and the Chair of the National Committee of Latino Victory Project and Foreign Policy for America. He also sits on the Board of the Small Business Commission of the Commonwealth of Virginia and the Board of Visitors of the University Mary Washington in Virginia. He served in the Government Transition Committee for the 73rd Governor of Virginia Ralph Northam. Leopoldo Martinez, JD, LLM, is a Lawyer with Graduate Studies at Harvard, Princeton and the University of Miami. 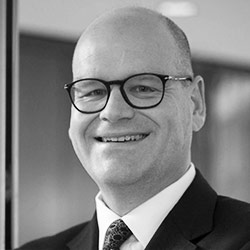 Keith Mestrich serves as President and Chief Executive Officer of Amalgamated Bank, which is America’s largest socially responsible financial institution holding over $5 billion in assets and nearly $50 billion in custody and investment assets under management. Keith brings three decades of executive leadership experience in the financial sector, along with expertise in the Bank’s core constituencies including labor, nonprofits, political organizations, and foundations. He leads a staff of 425 dedicated employees who are working to build the Bank to be a powerful force for social good. Under his guidance, Amalgamated was the first bank to raise its minimum wage to $20 per hour, the first bank to sign on to the United Nations Principals for Responsible Banking, the first bank in New York City to accept the innovative municipal ID as documentation to open a bank account, the principal leader among North American financial institutions in their efforts to adopt a carbon accounting methodology, and many other similar efforts. Keith is also an accomplished author and speaker. He co-authored “Organized Money,” which explores the power of progressive finance and issues a clarion call to organize $10 trillion in progressive assets over the next decade. He is regularly featured as a commentator in the New York Times, Washington Post, Huffington Post, CNN, MSNBC, and American Banker. Keith serves on numerous nonprofit boards including the Roosevelt Institute, the Mayor’s Fund for New York City, the Democracy Alliance, and DC-based Martha’s Table. He is also a founding member of the Aspen Institute’s Finance Fellowship and an active participant in the Aspen Global Leadership Network. Prior to joining Amalgamated, Keith served as the Chief Financial Officer and Deputy Chief of Staff for the Service Employees International Union (SEIU) and the first Chief of Staff of Worker’s United. Previously, Keith worked at the clothing workers union known as UNITE, where he served in various capacities including Director of Corporate Affairs, President of Service Workers United, and Executive Assistant to the International President. Keith began his career in the labor movement as a corporate researcher at the AFL-CIO. Keith graduated magna cum laude from Kalamazoo College with a degree in Political Science and Public Policy, where he was elected as a member of Phi Beta Kappa. He currently lives in Washington, D.C. 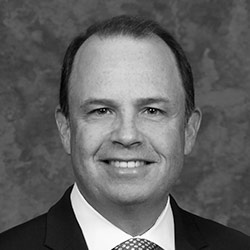 Geoffrey Raicht is an attorney whose primary practice focuses on Bankruptcy and Restructuring, Corporate Governance and Cross- Border insolvency matters. After over 20 years of practicing at several top law firms, in December 2019, Geoff opened his own private law practice. This move has given him the freedom to pursue other interests such as serving on boards of directors and getting more involved in politics. Over the past several years he has served as the Chair of several campaigns in New York elections and most recently was the Chairman and Treasurer of Michael Blake’s campaign for NY’s 15th congressional district. 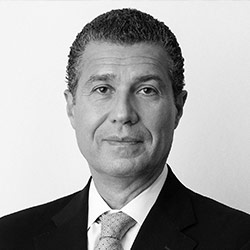 Antonio M. Romanucci is a founding partner in the Chicago-based law firm of Romanucci & Blandin, LLC, a national trial practice. His work includes high profile mass tort cases such as the fight against e-cigarette manufacturer JUUL, Boeing for its faulty 737 MAX aircraft, the carcinogenic environmental pollution caused by Sterigenics and in the MGM Las Vegas Shooting. He has taken a lead role in national cases related to COVID-19 business interruption on behalf of restaurants, retail companies and the service industry in a quest to hold insurance companies responsible for their contractual payment to their customers. Most recently, Mr. Romanucci joined the legal team representing the family of George Floyd. 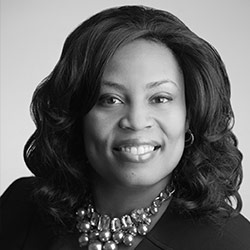 For the past 20 years, Safanya Searcy has dedicated her career to electing progressive champions for working people up and down the ballot. Currently, Safanya oversees SEIU’s National Member Political Programs. In this role, she partners with SEIU Local Unions on the implementation of the union’s national political strategy in an effort to build long-term, sustainable political programs that connect issues important to members to the political fights necessary to win on the issues. Additionally, Safanya oversees SEIU’s Member Candidate Pipeline work, which cultivates the interest, education, and preparation of SEIU members desiring to run for office. A prolific facilitator of numerous programs in the union and the community, Safanya is a strong voice for progressive issues, dedicating her life’s work to leading as an advocate in the fights for economic, social, and racial justice, civil and human rights, equity, and inclusion. 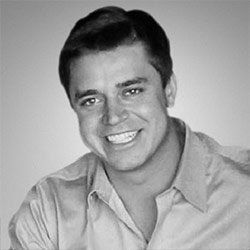 Clark is the Vice President for Occupier Solutions at Transwestern. Clark is responsible for the oversight and execution of data center investment and leasing objectives for clients throughout the Southeast for Transwestern. Prior to Transwestern, Clark was a partner for GameCloud Studios where he helped in the development of mobile games that inhibited over 5 million downloads. He also worked on Capitol Hill for several years, serving under various organizations including the United Nations Foundation. Clark holds a bachelor’s from George Mason University. 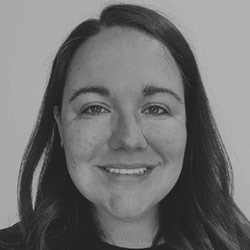 Alexandra Townsend has over ten years of political, legislative, and campaign experience in her role at AFSCME and even more working within progressive politics. She has worked to recruit, train, and elect candidates in multiple states in an effort to ensure working people have strong advocates in the halls of government. As a member of the progressive movement, Alex has actively sought opportunities to mentor and support other organizers and professionals, particularly women, in order to build a broader and more inclusive movement. She has fostered mentoring relationships with candidates and elected officials, as well individuals who have become their campaign managers, communications advisors, research associates and more. People whom Alex has mentored now lead state house caucuses, serve in state legislatures, manage state house caucus campaign arms, are candidate and ballot campaign managers, digital managers, fundraising associates, or are legislative aides… to list a few. When Alex isn’t campaigning, she enjoys traveling, gardening, and trying out recipes that remind her of home back in Texas. As a member of the NDTC Finance Board, Alex is excited to work with an organization created to build and train a broader, stronger, and more diverse Democratic Party and progressive movement.