How to Run for Office: Are Campaign Yard Signs Necessary?

This might come as a shock to those with minimal to no experience in politics, but yard signs are a hotly debated topic in campaigns. One of the things that surprised me the most when I got into politics was my supervisors’ complete hatred of campaign yard signs. Whenever someone would mention yard signs, they’d go on a long tirade about how outdated and unnecessary they are. Coming from a small town where yard signs were the only way that most people even know that there’s an election going on, I was shocked to see what I thought was an integral part of a campaign regarded with such disdain.

I’ve learned a lot more about campaigns since I first got my start in politics — while I don’t hold as much hate in my heart for yard signs as other people might, I can see where seasoned political operatives are coming from. Today, I’ll make the case for and against yard signs.

The case for yard signs:

It gets your name out in a small town race.

If you’re running in a small town and/or a rural area, your campaign strategy is definitely going to be different than a strategy for someone running in a big city (check out our blog on Urban vs Suburban vs Rural campaigns for more on these kinds of differences!). In a rural race, yard signs might be the only exposure you get other than canvassing and phonebanking. If this is the way your community spreads the word about local elections, then yard signs are the way to go.

They make your supporters happy.

Supporters love yard signs. If they’re really excited about your campaign and want to showcase that support, they’re going to ask for yard signs. Some people even like to collect them! It’s always great to be able to provide campaign materials to supporters when they ask for them.

The case against yard signs:

This is the most popular argument against yard signs — why spend money on a resource that doesn’t vote? In fact, a popular study on campaigns proved that yard signs do positively affect turnout in an election, but it’s not a high enough percentage to really be a deciding factor in a campaign.

No matter where you’re running, they’re going to be a considerable expense. You can expect each sign to cost around $1.50–2.50 at the very least. This may sound cheap, but that can really add up for a small payoff.

If your campaign absolutely has to have yard signs, here are a couple of tips to help you save money: 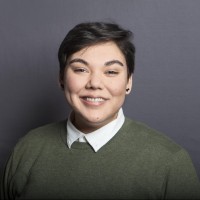 Communications Associate with the National Democratic Training Committee. Interests include but are not limited to: American politics, coffee, cooking, and 80s music that missed the mainstream.

Campaign Message: What and How You Say It Matters