Everybody Loves a Parade!

After months of waiting, summer is finally here!

We’re sure you’re ready to break out your bathing suit and fire up the grill, but before that, we want to talk about what summer means for your campaign.

When you think of a parade you might think of fun floats and marching bands, but have you ever considered how a parade can help your campaign?

While you might not walk away from a parade with huge donations or a lot of new volunteers, that doesn’t mean that parades can’t be beneficial to your campaign.

Parades are your chance to interact with the community at large. This campaign event is a fun and unique way to engage volunteers and reach a lot of people through both conversations and passing out campaign literature.

Finding the Best Parades for You

The first step to a successful parade is to actually be in it. Start by researching a full list of all parades in your area, including the sign-up timeline and requirements. From there you can decide which you want to attend.

Here are some things to consider when planning for parades:

You will need to buy materials to pass out. Spend your time planning for and being at the parade. Some parades will even charge a participation fee

If you’re low on resources, reach out to your local political party and see if you can walk with them. Even a small presence is better than no presence at all.

Finally, make sure to recruit volunteers to walk with you during the parade. Order stickers, t-shirts, or anything else that you can use to make your campaign stand out.

What to Do on Parade Day

On the day of the parade, make sure that you and your volunteers arrive early. Talk with them about how you want the day to go and the structure you want your group to follow. Who is walking where? Who is handing out what material? Make sure that you have some level of organization in place.

Kelly Dietrich, NDTC founder and CEO used to work with a member of Congress that had their parade plan down to a science.

By following three simple steps, they were able to easily identify the voters they wanted to talk to.

How do you do this?

Don’t be afraid to stop and have a brief conversation, but remember to not fall too far behind the rest of your group. You should also be sure to have someone follow the candidate around with a camera to take as many pictures of voter contact as possible.

Finally, make sure to have a way for voters to identify that YOU are the candidate. Maybe you dress a little differently than your volunteers. Maybe you have a volunteer following you with a sign. It doesn’t matter how you do it, what matters is that voters can easily identify you.

Put your name and face everywhere that you can. Signs, T-shirts, and stickers, are all things that, if possible, you should be sure to utilize at a parade.

At the end of the day, you want voters to remember that you were there and to be able to recognize your name and face in the future.

Throwing Candy at a Baby

Ah, yes. One of the main reasons kids love going to parades.

Having candy with you at the parade can have a very positive effect on voters.

But let’s be very clear about something: DO NOT THROW CANDY

The only thing worse than taking candy from a baby is throwing candy and hitting a baby square in the eye. Throwing candy is an easy way to upset a parent and lose a voter

There are a lot of ways to use candy during a parade instead of just throwing it.

Hand it directly to voters. Better yet, tape it to the campaign literature you printed and have your volunteers pass them out together.

Do not be afraid to have candy with you, but be very clear with your volunteers that they should hand it out, not throw it out.

The party isn’t over after the parade is over. This campaign event gives you several additional opportunities you can take advantage of.

Here are some things to keep in mind for your post-parade to-dos:

More than anything else, you want to make sure everyone that helped your campaign feels appreciated and is eager to volunteer again.

Tips from NDTC Trainees and Trainers:

To get some more tips on what you need to know for parade season, we reached out to our NDTC candidate forum. Here’s what our great members had to say about this campaign event:

“Someone once told me to “sandwich” the candidate during parades. Send a  couple volunteers ahead of the candidate to prep the crowd with swag and announce they’re coming, then send the candidate, then follow up with contact cards, volunteer sign up, etc.”

“Get the candidate out of the car/jeep/truck/float. The candidate should be walking the route.”

The Fun Part of a Campaign Event

Campaigns shouldn’t be all work and no play. A campaign should be full of events that are fun.

Parades should be one of these. Parades are your chance to interact with a large number of voters. Additionally, volunteers always love walking in parades, and doing so helps to show them how important they are to your campaign.

Parades are not meant to be a serious campaign event – they’re meant to be celebratory. Don’t be afraid to have some fun with it.

Want to learn more about how to run the most effective campaign events? Check out our course in our Online Campaign Academy! 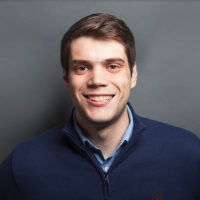