In our government, there are countless important roles that people work in to improve our communities. We want to take a moment to highlight a position that does not receive as much attention as it deserves; governors.

Governors are integral actors in our government who help lead and manage the state’s executive office. To shine some light on what a governor does, we’ll explain basic responsibilities and expectations, as well as feature some incredible governors who endorse NDTC.

(To learn more about government structure and the different roles in government work, check out our Government 101 post)

Read below to learn more about governors and the important work they do!

What Does a Governor Do?

The specific responsibilities of a governor vary from state to state, but all governors are broadly tasked with enforcing state law and the oversight of the state’s executive branch.

These responsibilities can take many forms;

It might be easy to think of governors as similar to presidents, but on a smaller scale. Both offices retain similar chief executive roles, but merely for different levels of government.

Interested in learning more about what governors do? Check out the National Governors Association to learn more

Who Runs For Governor?

Like most upper-level government positions, there are some qualifications for who can run for governor, depending on the state or territory.

Some states have age requirements of 35 while other places have no age minimum. Some require residency for at least twenty years while others have no such provisions. Make sure to research the qualifications for your state/territory

Despite the differences in qualifications, all but two governor positions, (also called gubernatorial positions) last for four years. The exceptions are Vermont and New Hampshire which last two years.

It’s impossible to cover all the important work that governors do all over the country. However, that doesn’t mean we can’t highlight some of the amazing governors who endorse NDTC!

Take a look at the Democratic governors across the country who believe in NDTC and its mission resources and training programs.

“In 2018, when I ran for governor, I was faced with a difficult task; taking on the republican candidate in a historically red state. Now that’s changing. The support provided by the National Democratic Training Committee is helping me build a bench here in Kansas to make positive long term change in our state. Free training opportunities provided by the NDTC have been essential resources for Democrats across our state. I know that with the committee’s support I can continue winning the battle for forward-thinking policies that improve the quality of life for all Kansans, move our state forward and make it an even better place to live, work, and raise a family.”

“The National Democratic Training Committee has a strong track record of training Democrats all across our nation. In New Jersey, that has translated to more boots on the ground fighting for progressive change in our communities. By providing grassroots Democrats with the tools and skills they need to be successful on Election Day, we are doing the hard work necessary to build a strong bench of candidates for years to come. Democrats everywhere should support the NDTC as it works to help our party win elections across the country.”

“Every single election has consequences. The National Democratic Training Committee knows this better than anyone, and that is why they are committed to providing comprehensive empowerment for Democrats at every level, in every state. The work of the NDTC is as necessary as it is challenging. Their grassroots efforts have trained the Democratic leaders of tomorrow, for the challenges of today. Their work in New Mexico, and across the nation, is critical to the future of our party. When Democrats are organized, Democrats win.”

“The National Democratic Training Committee is training Democrats at every level across the country. From the school board to the State House to the U.S. Senate – they are providing Democrats with the skills and training necessary to be competitive and win in every community. Whether you’re a community organizer or a candidate for office, I encourage you to work with NDTC.”

“The National Democratic Training Committee is an invaluable partner in preparing Democrats to forge positive change here in Maine and across the nation. I am grateful for NDTC’s work and look forward to their continued support so that Maine Democrats can build on our successes in expanding access to affordable health care, strengthening our economy, and fighting climate change. With NDTC’s help, Democrats will improve peoples’ lives and continue to move this nation forward.”

“The NDTC has built an entire network of tough, dedicated candidates and staffers who are ready to make real change in this country. There’s a lot of work to do to elect Democrats up and down the ballot this November, and the hardworking team at the NDTC is getting it done. They make us stronger, smarter leaders and help us build paths to victory in states like Michigan.”

“As a former business owner, I know how important hands-on training is to success. The politics of our time are constantly evolving and are in great need of new leaders who are invested in electing candidates that will move our country forward. I’m proud to support the National Democratic Training Committee’s commitment to ensuring that our Party is recruiting and training smart, diverse, hardworking people to win elections up and down the ballot.”

We are so grateful for the support of all these fantastic governors. Their work and dedication to their communities are truly admirable.

We can’t wait to see all the amazing things they will achieve for the betterment of Democrats everywhere! 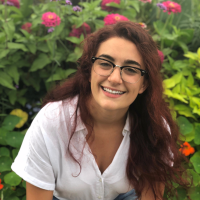