How to Work on a Political Campaign

Have you ever seen the talking heads on the evening news and wondered how they got there? Or watched The West Wing or Parks and Rec and thought about how to work on a political campaign? Not just volunteer a couple of days a month, but spend most of your waking hours doing that work—and getting paid for it? Have you ever wondered how to work on a political campaign?

You’ve come to the right place.

What are the Teams on a Campaign?

On a larger campaign with at least a handful of paid staff, the organization often looks something like this:

What Does Each Team Do?

Oversees the entire campaign operation and budget, supervising all other staff and consultants to ensure implementation of the campaign plan, including fundraising, messaging, polling, political/outreach, voter contact and get-out-the-vote efforts. This person has typically worked on at least a couple of campaigns previously. While campaign managers can come up through any of the other departments, they should be strategic thinkers, good with budgets, comfortable in a public-facing role, and a good manager of people (up to the candidate and down to their staff).

Maintains message discipline within the campaign (often playing an instrumental role in crafting the message) and directs the campaign’s media relations efforts. This person builds relationships with the media, oversees media interaction. They’re often one of the VERY few people on the campaign who is authorized to speak to the press. This person should be a good writer, well-spoken, and a relationship-builder. They should have their finger on the pulse of the candidate’s voters.

Directs the campaign and the candidate’s digital presence, likely including the campaign website, digital advertising, email communications, and social media presence. The Digital Director often works closely with the Finance/Fundraising team to strategically fundraise via these mechanisms as well. In some campaigns, Digital falls under Communications. Though, there is a move away from that structure, recognizing the many facets of the campaign Digital touches. A Digital Director should be a great writer, think quickly on their feet, be a good “listener” who follows the dialogue and trends online, and have a sense of humor.

Creates and oversees the execution of the direct voter outreach plan, which encompasses both the voter persuasion and get-out-the-vote (GOTV) phases. This role generally focuses on doorknocking (aka canvassing), phone banking, and other methods of directly persuading voters. They are often also responsible for recruiting and managing volunteers to execute the campaign’s voter contact plan. This person should be very organized. They should be comfortable with data. And, they should be good at relationship-building.

Develops and oversees the implementation of the campaign’s finance (i.e., fundraising) plan, including call-time programs, low- and high-dollar events, donor prospecting and research, online fundraising, and direct mail fundraising programs. This is a detail-oriented person who is comfortable with numbers and excels at follow-through.

Works with community leaders and constituency groups (sometimes leading the outreach directly, sometimes overseeing an Outreach Manager) to garner and organize their support for the campaign. The Political Director may oversee the Field Director, or at least works very closely with them to coordinate their efforts. This person should be excellent at building and maintaining relationships and be comfortable in new contexts and spaces.

How to Work on a Political Campaign

These descriptions are for the head of each team. On larger campaigns, they often have deputies and assistants who support their work. Those roles—like finance assistant, field organizer, communications assistant—are great for people just starting out in campaigns.

Typically, a career in campaigns starts as a field organizer. Their the one who recruits and trains volunteers and organizes the door knocking and phone banking efforts. After you learn those basics for one campaign cycle (i.e., one general election), you either move up to serve as a regional field director overseeing a few field organizers. Or you move into other realms of the campaign—digital, communications, or political.

Life on a Campaign

If you’re goal-oriented and motivated by making a positive difference in your community, campaigns may be a good path for you. The goal is crystal clear: win the election. You should be able to draw a line from what you’re doing in any given moment to earning more votes.

In my experience, campaigns are amazing places, though there are challenges too.

There is almost always more work to do than people to do it. But if you’re willing to work hard and stretch yourself to try new things, you can get an array of professional experiences very quickly.

Take me: at 22 years old, I was the deputy to the campaign manager of a gubernatorial primary campaign in Virginia. My colleague called me the “director of everything nobody else does”. I was responsible for everything from donor research and organizing fundraising events to HR policies and proofreading all of our press releases. But I also got to participate in meetings with the senior staff and consultants on campaign polling and strategy.

You often walk into work with one to-do list. But, you spend your day focused on a completely different set of things after a situation emerges and changes everything.

Let’s look at an example. Imagine a negative news story about your candidate breaks. You may need to postpone your big policy announcement, email campaign, and donor call time. You’ll need the candidate to spend the day on the phone with reporters responding to the attack.

That can be an incredibly stressful day. you don’t get to execute the plan you have been preparing for a week. That said, it’s also incredibly fulfilling and rewarding if you’re the digital director whose response Tweet ends up featured in all the next day’s articles defending your candidate.

NDTC’s Staff Academy is the perfect way for you to launch your career in politics. If you’re wondering how to work on a political campaign, we’ll teach you what you need to know. And, we’ll do what we can to make sure you graduate with our program with a job.

It’s a free program that recruits, trains, and places new staff on Democratic campaigns across the country, with an emphasis on expanding opportunities for people of color, women, and non-binary individuals. 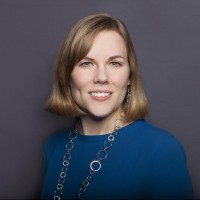 Rose is the Director of Voter Protection at the Texas Democratic Party and former Director of Online Trainings at NDTC. Prior to joining NDTC, Rose was a National Coordinator at the Lawyers’ Committee for Civil Rights Under Law, where she managed the non-partisan Election Protection hotline, training and managing thousands of volunteers who answered tens of thousands of voters’ questions in the 2014 and 2016 elections. She organized state-level poll monitoring and election reform advocacy efforts in Pennsylvania, New York and Florida. Previously, Rose worked at the New Organizing Institute creating an online guide to election laws, served as deputy campaign manager on a Virginia gubernatorial primary campaign and was a regional field director on a Florida gubernatorial campaign. Rose has a Master in Public Policy from the McCourt School of Public Policy at Georgetown University and a Bachelor of Science in Public Relations from the University of Florida. She is a Chicago native and in her free time enjoys running, yoga, watching Top Chef, and trying new vegetarian recipes (and getting omnivores to try them!)