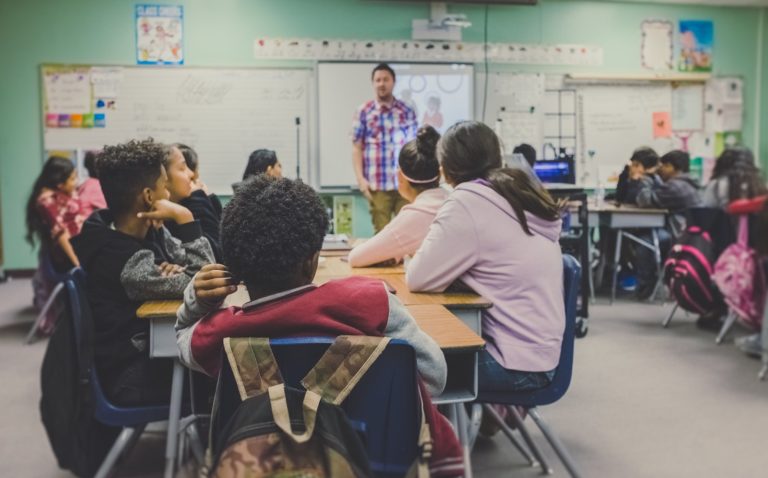 A good education can be a professional and personal head start. The Supreme Court called education “perhaps the most important function of state and local governments.” However, depending on socioeconomic status, race, gender, and other factors, students have different educational experiences. Students from marginalized groups are disproportionately underfunded and over-policed. They are more likely to be suspended or expelled, and not given proper academic support. Let’s take a look at several components that adversely affect an equitable education.

A History of Underfunded Schools

The U.S. has a long history of disparate funding for schools serving primarily white students, and those serving Black, Indigenous students, and People of Color (BIPOC). Redlining, the practice of refusing loans and mortgages to Black communities, is a major cause of this disparity. Redlining kept many communities of color from amassing wealth through real estate. This hindered economic mobility and maintained racial segregation.

As a result of redlining, schools in communities of color are chronically underfunded, because a large portion of school funding is determined by local property taxes. This means less money for textbooks, teacher and counselor salaries, extracurriculars, and more. Even though redlining is now illegal, about 9 million students attend “racially isolated schools”. Therefore, the economic disparities between majority-white schools and schools serving students of color still persist.

Another adverse practice to an equitable education that affects students of color is the prevalence of zero-tolerance policies. According to the Dignity in Schools Campaign, a zero-tolerance policy “results in an automatic disciplinary consequence such as in-school or out-of-school suspension, expulsion, or involuntary school transfer for any student who commits one or more listed offenses.”

A 2014 U.S. Department of Education’s Office of Civil Rights report found that schools suspend or expel Black students three times more often than white students. Black students constitute 31% of students subjected to a school-related arrest, despite making up only 16% of enrollment.

Zero-tolerance policies also target sexual and gender minorities. LGBTQ+ youth make up about 5–7% of the population, but constitute 13–15% of those in the juvenile justice system. LGBTQ+ students are three times as likely to receive harsh discipline than their straight and cisgender peers.

Students with a combination of any of these identities have an even higher chance of suspension, expulsion, and arrest. These groups of students are not more likely to break the rules, but our system criminalizes them at higher rates for the same or less severe behavior.

Suspensions and expulsions contribute to the school to prison pipeline. This phenomenon pushes students out of schools and into the criminal justice system. When we remove students from the classroom, they may become disengaged. This contributes to the likelihood of dropping out of school. This in turn increases the likelihood of becoming involved with law enforcement.

A heightened police presence in schools also serves to criminalize BIPOC students. No data shows that a police presence makes schools safer. In fact, ample evidence suggests police disproportionately arrest and detain students of color and students with disabilities. Black students make up 15.5% of student enrollment, but make up 33% of school arrests. Black boys are most at risk of arrest. Police arrest Black boys at school three times as often as their white peers. Black boys with disabilities are five times more likely to be arrested.

Police presence doesn’t just funnel students out of the classroom, it also removes resources from other school services. 1.7 million students attend schools where there is a police presence, but no counselor. This problem is more common in schools serving students of color. 20.7% of majority-Black middle and high schools had more police officers than mental health professionals. Yet only 2.5% of majority-White schools had similar police-to-counselor ratios.

Stereotype threat is when a stereotype of a certain group is primary in the student’s mind. This increases students’ anxiety, and causes them to underperform. For example, Black students will do worse on exams when reminded of the stereotype that Black people don’t do well on tests. When stereotype threat is mitigated disparities between racial groups can drop up to 40%. We can combat stereotype threat by affirming a student of their ability before taking a test.

Standardized tests also favor students who speak English as a first language. For many ELLs, tests given in English can be challenging, resulting in poor performance. This is not because they lack the skills we test for, but because of the language barrier.

What You Can Do

READ MORE from our ceo

Build Blue into the New Year with NDTC

Cybersecurity For Campaigns: A Q&A with the DNC and Defending Digital Campaigns