The Ultimate Guide to GOTV 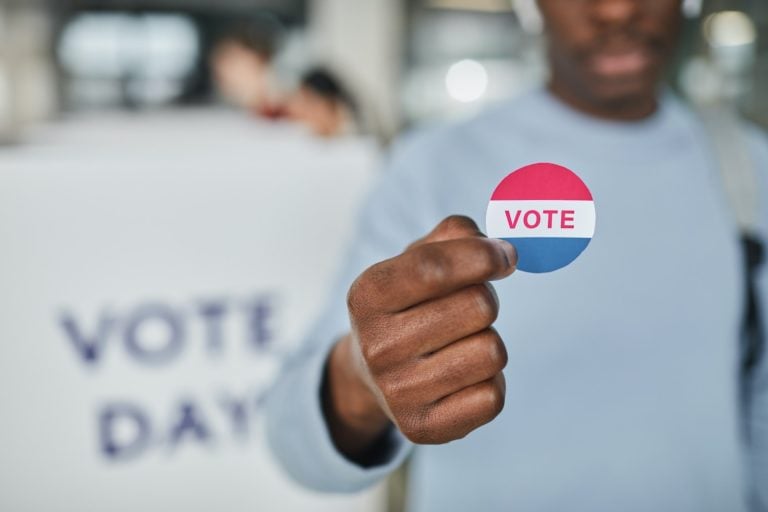 Your campaign works for months building a case for why your community should elect Democrats to public office. You canvass, make phone calls, text, interact with voters and media online, fundraise, and speak to different constituencies in your area. You persuade a sizable amount of people to support your campaign.

As Election Day approaches, it’s time to make this hard work count. This is where Get Out The Vote (GOTV) comes into play. GOTV is when your campaign takes the support it receives and turns it into votes at the ballot box.

At NDTC, we know GOTV is one of the most difficult aspects of a campaign. So we’ve compiled all the resources needed for success.

This is NDTC’s ultimate guide to GOTV.

Before explaining how to best prepare for GOTV, let’s answer a simple question: what is Get Out the Vote?

There are two stages of a Field campaign – persuasion and mobilization (or what is referred to as GOTV). Persuasion focuses on convincing voters a candidate is the best choice. The Field Team canvasses, phone banks, and texts voters to have conversations about the candidate and relay information about voting.

GOTV consists of reminding persuaded supporters to vote. This means getting identified supporters to the polls on Election Day, as well as helping them with the process of voting early, in-person, or by mail.

Now it’s time to learn about a few crucial components of GOTV, starting with…

Your GOTV universe ideally consists of reliable Democratic voters, including those who have pledged their support to your campaign. There are two main groups within your starting GOTV universe.

The first are those you’ve persuaded to support your campaign during the persuasion phase. The second is infrequent base voters who do not vote in every election, but if they get to the polls, almost always vote Democrat.

Once these groups are added to your GOTV universe, compare it to your vote goal. If your starting GOTV universe is greater than your vote goal, amazing! Focus on getting those voters to the polls, and this should be enough to win the election.

But if your GOTV universe is not larger than the vote goal, consider what groups should be added to persuasion to propel your campaign to victory. One possibility is adding low frequency base voters, which may need more than a nudge to vote. Or you could continue and expand persuasion efforts to grow your list of supporters.

For more information on your vote goal, check out NDTC’s courses, “Calculating Your Vote Goal,” or our blog post, “More Than a Number: Your Campaign’s Vote Goal.”

And for more on your GOTV universe, check out our course, “GOTV,” and our mini-lesson, “Determining Your GOTV Universe.”

Most campaigns begin GOTV approximately two weeks before Election Day. But the exact time depends on two factors: the campaign’s progress in reaching its vote goal and the early voting options in the district.

Many states and communities have different rules on early voting. Using past election data, figure out the percentage of voters using each advance voting option, from mail-in to early in-person voting. This will help guide your campaign on when to shift into GOTV. For example, if half the district votes by mail, the campaign cannot wait until the weekend before Election Day to begin GOTV.

Use this link to find everything you need to know about voting in your state!

Here’s how to maximize your campaign’s returns from these advance voting options:

Voters can vote early in-person in many states. Sometimes, they can go to designated locations, during specific hours, in the weeks leading to the election. In other cases, early voting is consolidated at one polling location per county — like the clerk or election authority’s office.

If in-person early voting is available, it’s a good idea to encourage supporters to vote early, especially volunteers and staff who will work on Election Day. Tell them where and when they can vote, as well as what ID is required, if any. If their polling place is different for early voting  than on Election Day, make sure to emphasize the change. If a voter puts off voting until Election Day, make sure they do not accidentally go to the wrong place.

Check out this resource for more information on which states allow early in-person voting.

With mail-in voting, be prepared to give supporters all the information they need. Who is eligible to vote by mail? How are ballots requested? What are the deadlines for requesting and mailing  ballots? To find answers to these questions, consult your local board of elections or secretary of state websites.

Additionally, in many states, your campaign can assist voters with getting the necessary paperwork for mail-in voting. And in some places, a campaign can return ballots to the local board of elections. But make sure to follow applicable election laws, and never sign someone’s name for them. In addition, ensure volunteers and staff are familiar with your county’s election laws.

For more information on running a vote-by-mail campaign, take a look at NDTC’s course, “Build a Vote-by-Mail Program for Your Campaign.”

Get Out The Vote is part of your larger Field campaign. So voter contact strategies will change from the persuasion phase to GOTV.

While the methods used to reach voters – phone banking, texting, and knocking on doors – won’t change, the message will adapt. But no matter how voters are reached, they must understand:

Answering these questions helps supporters make a “vote plan.” It’s scientifically proven that supporters are more likely to turn out to vote if they make a detailed plan to do so.

Use this worksheet to help voters make their plan!

During GOTV, continue using texting, phone banking, and canvassing to reach voters. But be strategic, as campaign resources are limited during this period.

Focus canvassers on more densely populated areas with a high-percentage of supporters, and use phone banking for the rest of the supporter base. Leave voicemails with supporters who can’t be reached. And consider implementing a Peer-to-Peer texting program for GOTV, as this is a proven method for increasing turnout!

Regardless of how you engage supporters during GOTV, be sure to incorporate data into your voter contact planning. Take our course, “VoteBuilder 101,” for more information on organizing voter contact efforts using data.

At this point, many campaigns think they can take a breath. However, the work isn’t finished. Election Day is the culmination of all the work done over the course of the campaign. And there is still a long way to go.

Continue regular GOTV voter contact, but tweak your approach for Election Day. Remind supporters that today is Election Day and build enthusiasm. Organize efforts around Election Day voting hours by sending canvassers to dense areas. Continue texting supporters multiple times over the course of the day. And don’t forget to remind supporters of the crucial elements of voting: when and how to vote, and if they need identification.

Finally, make sure to follow all applicable laws during this last GOTV push. Refer to your state’s electioneering laws, and learn the rules surrounding poll-watching in your district.

To win an election, you must garner more votes than your opponent or opponents. Without a strong GOTV campaign, this is impossible.