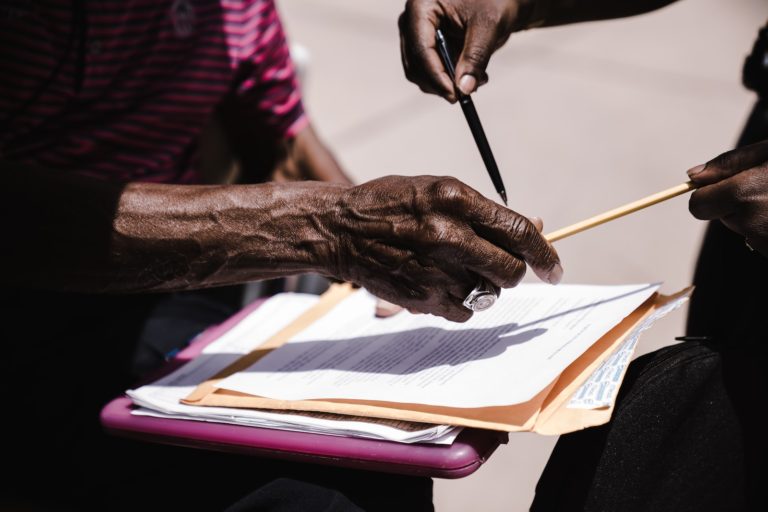 Field strategy outlines how a campaign interacts with voters. The Field Team is responsible for speaking with voters, convincing them to vote for a candidate, and turning out supporters. All campaigns need a strategy that effectively uses the Field Team’s time, money, and energy. This comes in the form of a field plan.

A Field plan is a comprehensive blueprint detailing the exact goals, targets, deadlines, and tactics needed to meet your vote goal and win. It is one of the most pivotal components of a campaign. After all, how can you win if voters don’t know you’re on the ballot?

Here’s how to make the most of a political campaign Field plan.

When devising a field plan, it is crucial to set long-term goals. This will allow you to see the bigger picture, and determine how you will use resources throughout the campaign.

The projected turnout is the estimated percentage of eligible voters who will cast a ballot in an election. This approximation depends on many factors, such as past turnout or outside factors that may drive turnout up or down. The win number represents the number of votes you need to win. In a two-person race, the win number is half the projected turnout plus one voter. The vote goal refers to the number of votes you want your candidate to receive to win the election. In a two-person race, campaigns should set a vote goal of around 52-55% of the vote.

Calculating the campaign’s projected turnout, win number, and vote goal allows you to establish your persuasion universe. This is the list of people you believe would support your campaign if you were to contact them through canvassing or phone banking. Knowing the size of the persuasion universe is helpful for figuring out the number of volunteers the campaign needs. It also helps determine the amount of phone calls or door knocks the campaign needs to do before election day.

After you establish your persuasion universe, there are a number of steps to take:

Determining those goals largely depends on your district and its election history. For example, there will likely be a higher canvassing goal in an urban district rather than a rural one due to drastic differences in population. On the other hand, candidates in rural districts may rely more on yard signs and phone banking, so the campaign can reach more voters in a given time period.

Our course “Targeting Voters” shows you how to identify specific groups of voters that make up your persuasion universe.

Interface With Each Part of the Campaign Team

The Field team must be in constant contact with every other team on the campaign, as well as the candidate and campaign manager. The actions of the Field team impact each aspect of a campaign, including Communications, Digital, and Fundraising.

One of the biggest responsibilities of the Field team is to stay engaged with supporters of the campaign. Canvassing and petitioning events provide great content for social media. Field’s role is the first point of contact for voters. This means they work closely with the Digital and Fundraising teams to increase the campaign’s visibility in the community.

There are many ways for a campaign to contact and engage voters. But the main tactics the Field team will use throughout a campaign are canvassing, phone banking, and texting.

Face-to-face conversations with voters are the most effective means of persuading voters and mobilizing supporters. Having direct communication with voters encourages empathy and makes people feel heard. This builds community in a campaign and with its supporters. However, canvassing is resource intensive, especially in regards to time. It can take a while to walk or drive from door to door, limiting the amount of voters a campaign can speak with in a given period.

Phone banking is a great alternative when canvassing is not possible. It is also an option for volunteers who cannot canvas. Phone banking can efficiently identify supporters, and mobilize them for Election Day.

Texting is a newer way to reach voters. There are two main texting methods campaigns use – blast texting and peer-to-peer texting. Blast texting, or sending the same text to many numbers at once, is effective for getting the word out about an event. However, the law requires that the person you’re texting must opt in, or give your campaign permission to text them. Though peer-to-peer texting requires one volunteer to hit “send” for every message, it allows for more individualized conversations with supporters and other volunteers.

The Field team is the face of any campaign. Field is paramount for contacting voters, persuading them to vote, and mobilizing supporters. A well-planned Field campaign can make all the difference in an election.

Get started with your Field campaign today with NDTC’s course, “Intro to Field.” It has everything you need to know about Field planning, including calculating your vote goal, handling voter data, and Field tactics.